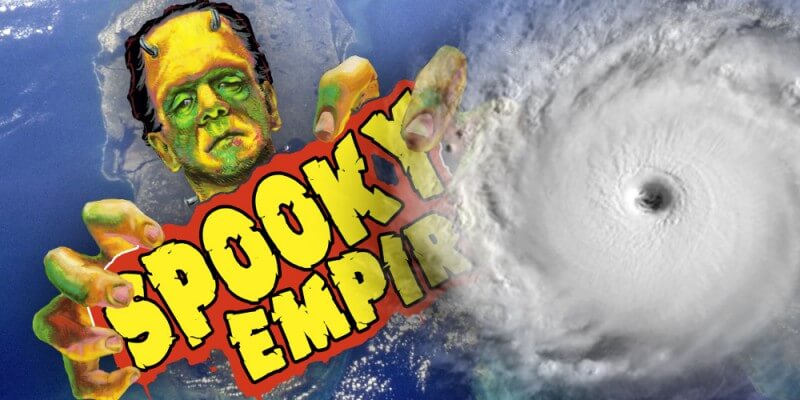 It looks like Hurricane Matthew is ruining plans for people all over the state of Florida.

This is probably the hardest announcement we’ve ever had to make in the history of Spooky Empire, but due to Hurricane Matthew we are being forced to cancel this weekend. We cannot put our attendees, guests, staff, and everyone involved in harms way. We tried our hardest to keep this open even for part of the weekend but it looks like Matthew wins.

Most flights coming in have been cancelled, meaning most of our guests can’t get here. Many of them tried very hard and rebooked their flights many times. The cast of Stranger Things were still on for Saturday and Sunday, but the chance of their flights getting cancelled as well was inevitable.

No one is more devastated about this then we are. We put so much work and heart into this weekend. For those of you that don’t know us, we are just a mom and pop business, this is not a large corporation. Every part of this event is touched by one of us personally. Our very loyal staff and volunteers have worked their butts off for almost a year on this weekend.

We were ready for one of our largest shows ever, and we hope that this cancellation does not effect us for future events.

Please give us some time to gather our thoughts here and make some decisions. We know you’re all going to want immediate answers, but we are unable to to provide them right now. You have our word, that we will do our best to do the right thing for everyone in this situation.

Thank you so much for your patience and understanding.

While it’s of course a bummer that this amazing convention had to be canceled due to a natural disaster, we at Inside the Magic  hope that everybody within the state stays safe and smart during the events of Hurricane Matthew. It looks like it might be a big one.