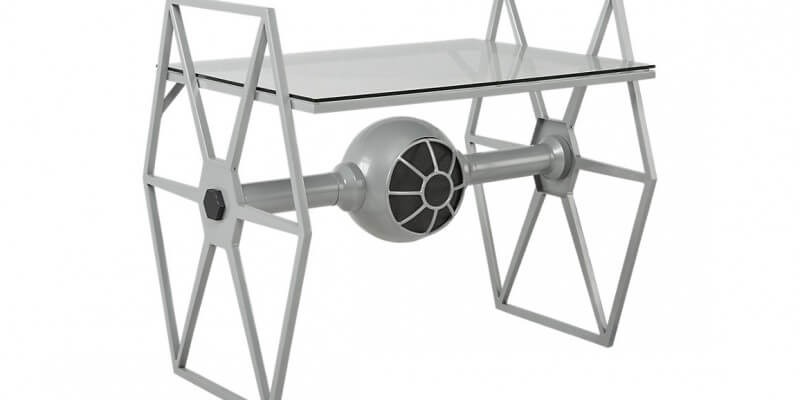 This one is for kids, teenagers, and adults who need to let their lightsaber shine. Rooms To Go has just released a new line of Star Wars furniture pieces that definitely will catch the attention of Jedi in this galaxy as well as the ones that are far, far away. This X-34 Landspeeder bed is probably my favorite piece in the collection. Even as a middle-aged mom who only has a moderate degree of enthusiasm about Star Wars, I can totally get on board with this piece of furniture. In addition to being something I would want to tuck my son into each night, it’s simply a clever piece with cubby hole storage in the engine compartment. It won’t come cheap though. This land speeder will only land in your home after you pay a $900 bounty. At a cheaper price, you can opt for this Millennium Falcon bed that transforms the headboard into a cockpit. Once again, here is a piece that incorporates storage (this time into the headboard). That isn’t all though. USB and power outlets as well as wireless Bluetooth speakers have all been integrated, making this one, smart battleship. Make it yours for $600 (wookie not included). Made of steel and glass, this TIE Fighter desk may make it hard to distinguish between work and play. Is there a problem with that? This X-Wing bed can fly one or two pilots. For $600, the single twin version is designed to have the body of the fighter up against a wall while the headboard acts as a shelf beneath the wing. At $1200, though, the bed can host two twin mattresses by extending to a full craft on the other side.