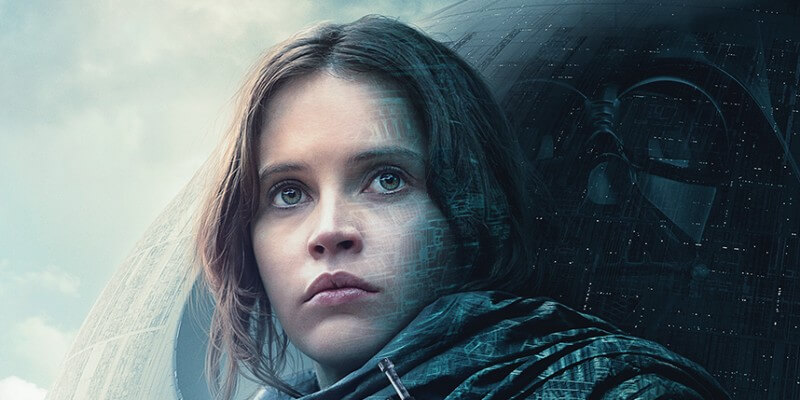 As Star Wars fans eagerly anticipate the December 16 release date of Rogue One: A Star Wars Story, director Gareth Edwards has revealed the new poster for the first stand-alone film set in a galaxy far, far away. Ooooh, check out Darth Vader right in the top corner with the Death Star blending into his helmet. As for Jyn Erso, it appears as if she’s looking at a projected image of the Death Star blueprints.

The poster was just revealed on The Star Wars Show by Edwards with more good news: a brand new trailer will be released early Thursday on ABC’s Good Morning America. If you miss the broadcast or need to see the trailer again and again, Inside the Magic will post it as soon as it’s available tomorrow.