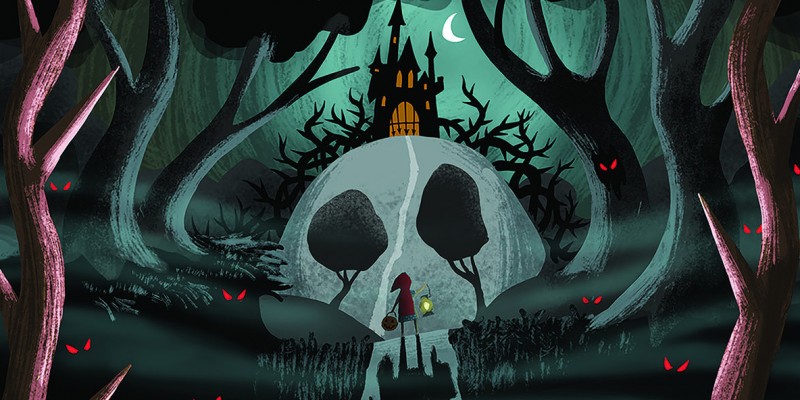 I’ve loved Halloween all my life, but when I was growing up on Long Island in the 1980s, the holiday was mostly for kids. Which worked out for me because I was one. Then I got older and went to college in Los Angeles and quickly became nostalgic for the Halloweens of my youth. Fortunately for me, Halloween in the entertainment capital of the world (where I eventually settled more permanently) is a vastly different experience, targeted not only at all ages, but often squarely at adults. And even beyond age demographics and cross-generational appeal, mostly I think it’s great that a lot of people in Southern California take Halloween really seriously.

Recent evidence (such as the excellent 2012 documentary “The American Scream”) suggests that phenomenon has since spread to smaller-town America and certainly to theme-park-based economies like Central Florida, but I’d wager dollars to donuts that L.A. is still the best place to live and breathe Halloween. Between Downtown, Hollywood, the San Fernando Valley, and Orange County, you could probably go to a different haunt or theme park event every night throughout the month of October without running out of things to do. Not to mention the region’s two big pre-season Halloween trade shows/festivals, ScareLA and the newly-minted (and terrific) Midsummer Scream.  Truly, Los Angeles is a Halloween paradise. Which brings me to Rotten Apple 907, a local home haunt in Burbank. Other than my upcoming Halloween Eve return to Knott’s Scary Farm (a yearly tradition), Rotten Apple will likely be my final event of 2016. It feels oddly appropriate for me to stop with this one, as it’s just about the most straightforwardly effective haunt that I’ve experienced.

Built on the front yard of a modestly-sized home in suburban Burbank, Rotten Apple 907 has been running for over twenty-five years and has steadily grown in popularity over that time, to the point that it now attracts thousands of guests each Halloween season. The haunt doesn’t charge admission, but does accept well-deserved donations (which all go directly to charity) at its entrance. Each year of Rotten Apple 907 has incorporated a different theme, and this year’s is the delightfully tongue-in-cheek Disney-skewering “The Not So Enchanted Forest.” Guests are welcomed into an enclosed wooded pathway and then led through a series of vignettes depicting familiar fairy tale stories, each with a dark twist: the Three Little Pigs, the Seven Dwarfs, and Maleficent and more all pop up to scare attendees with their spooky but mostly family-friendly takes on these familiar stories.

Rotten Apple 907 succeeds because of its simplicity, and because of the obvious heart and passion that went into creating it. There are a few nifty special effects in this short-but-definitely-worthwhile maze, although ultimately the real value is in appreciating the sheer amount of care on display in the set design, costumes, and the dedication of the scare actors. And that dedication is apparent in just about every Halloween event I attended this year and in years past in Los Angeles. Whatever it is about this city, (my guess, probably the obvious one, is that it’s got something to do with the overflowing creative atmosphere of the community) I couldn’t be happier to have found a place where Halloween thrives.

Be sure to visit Rotten Apple 907’s official website for more information.

Comments Off on REVIEW: “Rotten Apple 907” and the magic of Halloween in Los Angeles