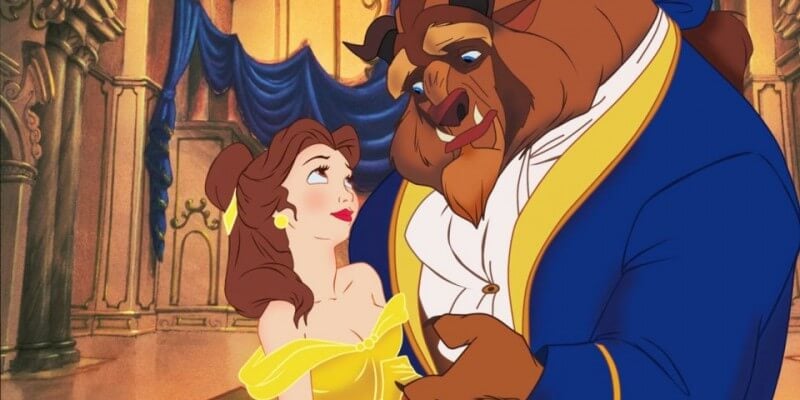 Disney invites Beauty and the Beast fans to be their guest on the occasion of the animated classic’s 25th anniversary with the Walt Disney Signature Collection Edition featuring brand new special features.

The new release shares many similarities to the previous Diamond Edition, including the same exquisite 1080p transfer of the movie (four versions are presented here to be precise) and a DTS-HD Master Audio 7.1 lossless soundtrack that positively fills up the room with its soaring soundtrack and Beast’s booming voice. Brand new features include a conversation between Disney Legend Alan Menken and a celebrated group of fellow Disney composers, a mini documentary “Always Belle” about Paige O’Hara and the role of a lifetime, a peek into the original recording sessions, a look at the connection between the 1991 classic and Walt Disney himself, as well as an agonizingly brief look at the upcoming live-action remake starring Emma Watson.

If you’re familiar with Walt Disney’s track record with their Blu-ray releases of their classics, then it’s no surprise that this high definition transfer looks incredible — even if it is the same one from the Diamond Edition. The new features definitely bring value to the table, starting with Menken’s illuminating roundtable with Stephen Schwartz (“The Hunchback of Notre Dame,” “Pocahontas”), Kristen Anderson-Lopez (“Frozen,” Disney’s upcoming “Gigantic”), Robert Lopez (“Frozen,” Disney’s upcoming “Gigantic”) and Lin-Manuel Miranda (Disney’s upcoming “Moana”) about how the music for the film came together. It’s a small world after all, with the revelation (among others) that Menken was made aware of the talents of Miranda and Robert Lopez when they were kids as they went to the same elementary school as Menken’s niece. Everyone discusses how the movie made an impact on their lives while Menken deconstructs and dissects the music he created along with the late, great Howard Ashman as the rest of them look on in amazement. In fact more than once they beg him to continue playing the piano and you almost wish he listened to them as those brief musical passages are almost too brief.

Speaking of brief, “Beauty and the Beast” fans will surely skip straight to the exclusive preview of the upcoming live-action version. While it’s less than a minute and a half long, we do get a peek at the sets, the table read between the actors, and some behind-the-scenes snippets of what looks to be an epic movie shoot.

I also really enjoyed the “#1074: Walt, Fairy Tales & Beauty and the Beast” feature, which details how Walt Disney toyed with the idea of making “Beauty and the Beast” long before it eventually was released. Packed with info and featuring archival materials, it’s a fascinating 10 minutes that all Disney fans will enjoy. If you already own a prior home video release, then perhaps you might think only completists may want to seek out this out for the new features but everyone who buys this 25th Anniversary Edition will also get all the classic bonus features (five hours worth!) including deleted scenes, documentaries, alternate sequences and much more from the previous Diamond and Platinum editions via the Disney Digital Movies Anywhere platform.

Here’s a look at what’s included.

BLU-RAY, DIGITAL HD* & DISNEY MOVIES ANYWHERE:
Menken & Friends: 25 Years of Musical Inspiration – Get a front-row seat for an intimate discussion between legendary music composers from classic and future Disney films, including Alan Menken (“Beauty and the Beast,” “Aladdin”), Stephen Schwartz (“The Hunchback of Notre Dame,” “Pocahontas”), Kristen Anderson-Lopez (“Frozen,” Disney’s upcoming “Gigantic”), Robert Lopez (“Frozen,” Disney’s upcoming “Gigantic”) and Lin-Manuel Miranda (Disney’s upcoming “Moana”). Discover how the composers are personally connected, how they first experienced “Beauty and the Beast” and how they find inspiration for their own films. And watch as they pay tribute to the film’s award-winning music score and the man who has inspired them all—Alan Menken.

#1074: Walt, Fairy Tales & Beauty and the Beast – Long before “Beauty and the Beast” became the instant classic we know and love, Walt Disney made two attempts—between the 1930s and 1950s—to adapt the famous fairy tale into an animated film. Discover what Walt and his team was dreaming up through Walt’s actual voice recordings, archived artwork, story notes, and learn why the project was sidelined for decades.

Always Belle – The original voice of Belle, Paige O’Hara, reminisces about earning the role of the beautiful bookworm in “Beauty and the Beast” and recalls how the iconic character changed her life and continues to inspire fans both young and old.

The Recording Sessions – Go in the recording booth with the cast of Beauty and the Beast and see what went into adding voices to the characters and the lines we know and love.

25 Fun Facts About Beauty and the Beast – Disney Channel’s Gus Kamp and Kayla Maisonet host this entertaining countdown featuring little-known fun facts, anecdotes and hidden Easter Eggs (references to Disney animated films and characters) from one of the most cherished animated films of all time.

“Beauty and The Beast” Sneak Peek – An exciting first look into the live-action re-telling of “Beauty and the Beast,” which refashions the classic characters from the tale as old as time for a contemporary audience, staying true to the original music while updating the score with several new songs.

Classic Bonus Features – These offerings from prior home entertainment releases include over five hours of bonus material, such as an alternate version of “Be Our Guest” and the “Beauty and the Beast” music video performed by Celine Dion and Peabo Bryson, and deleted scenes.