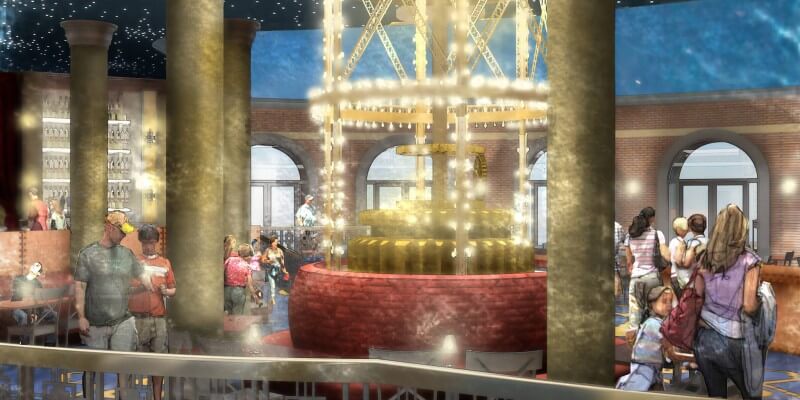 There is continual progress being made on the Planet Hollywood Observatory in Disney Springs. While keeping celebrities as a feature with movie memorabilia and video screens, the focus of the restaurant’s new incarnation will shift slightly to accommodate the observatory theming and emphasize the idea of literal stars. Enter the Stargazer Lounge. The Stargazer Lounge will open later this year along with the rest of the restaurant in Disney Spring’s Town Center. In the lounge, they will serve signature cocktails all named to reference planets and space travel. Two of them were announced recently, the Observatory and the Sparkling Sputnik. Disney Parks Blog reported on these two drinks with the following description: Meanwhile, Planet Hollywood Observatory, itself, has released pictures of some of the other options on their menu.

It does appear that the Observatory is now taking reservations, and they have released a menu for group events. However, a full menu has not yet been released for standard, smaller parties that will be dining at the establishment. We expect that to be coming soon.

Below we have some footage of the development on the construction site.