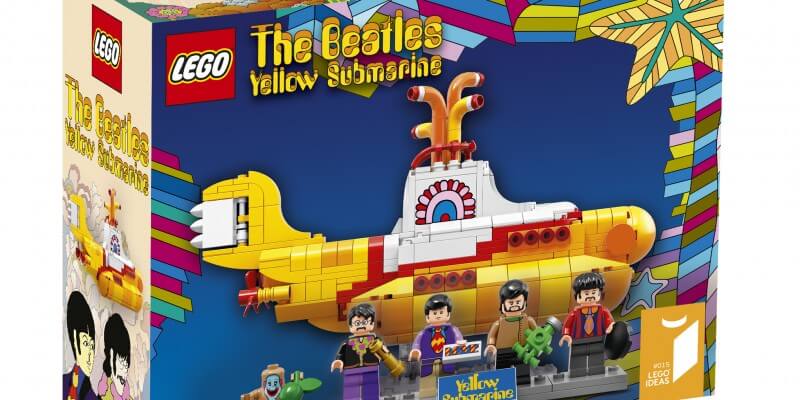 Two of my favorite things have “come together” at long last! After a successful LEGO Ideas campaign by a fan, LEGO has unveiled the first official images of the upcoming new The Beatles “Yellow Submarine” set complete with John Lennon, Paul McCartney, George Harrison, Ringo Starr, and of course Jeremy. Take a surreal trip under the seas in the LEGO® version of the Yellow Submarine from the iconic 1968 animated musical fantasy film inspired by The Beatles. Ideal for display or role-play fun, the Yellow Submarine features loads of cool, authentic details including a cockpit for the included minifigures of John, Paul, George and Ringo.

Superfan Kevin Szeto garnered more than 10,000 votes for his creation earlier this year and it was soon approved by LEGO.

“As an amateur musician and songwriter, I have always been drawn to the music of The Beatles,” he said on the site. “The creation of the Yellow Submarine model was really my way of showing my affection for The Beatles, as well as trying to pay a small tribute to The Beatles phenomenon. The Yellow Submarine is bright, fun, and colourful, which also made it a good subject to translate into LEGO form.”

The Yellow Submarine itself looks fantastic but I’m also loving the individual minifigures, with each of the Beatles holding an item that they had at the end of the movie in which they appear as themselves in live-action form. And yes all four can fit inside the submarine.