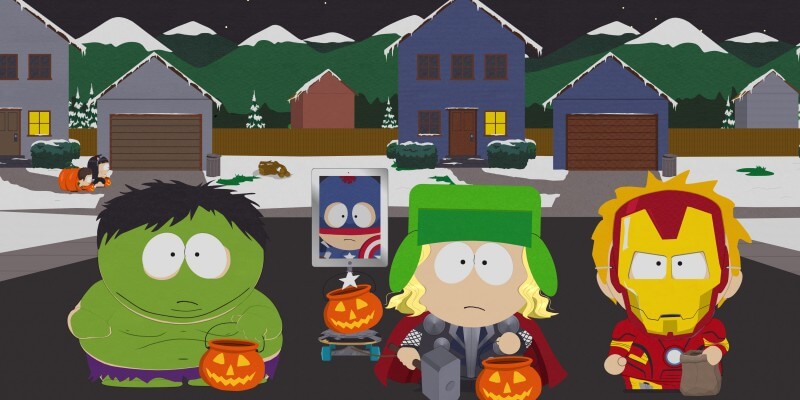 Halloween weekend is upon us. Since the beloved holiday falls on a Monday this year, we’ll likely have four full days of celebration in store between costume parties, enjoying classic horror movies, and munching as much candy as humanly possible.

In commemoration of this year’s spooky festivities, I’ve put together a list of my five favorite Halloween-centric installments of episodic television series. Some of these are familiar to just about everybody, and a couple of them are a little lesser-known, but if you care to track them down and give them a watch, I can guarantee a ghoulish good time!

I loved the short-lived, Judd Apatow-produced NBC drama “Freaks and Geeks” because it so accurately captured the feeling of growing up as a social outcast in suburbia during the 1980s, and the series’ only Halloween episode perfectly reflects that sensibility. The titular geeks dress up and go trick-or-treating, though they’re starting to feel a little too old for the tradition, and they eventually get into a scuffle with some local bullies.

More of a slice-of-life high school drama than an outright comedy, “Freaks and Geeks” was a mainline dose of 1980s nostalgia long before “Stranger Things,” and the “Tricks and Treats” episode thoroughly encapsulates the Halloweens of that period.

No stranger to Halloween episodes, the bawdy animated sitcom “South Park” has served up hilarious takes on everything from zombies to “Scooby Doo”-type mysteries over its twenty seasons. But when the Marsh family patriarch Randy purchased an abandoned (and haunted) Blockbuster Video store in 2012, the next half-hour became a spot-on parody of Stanley Kubrick’s “The Shining,” complete with those ominous day-of-the-week title cards.

The episode’s B-story, concerning Stan’s friends being forced to go trick-or-treating without him, offered the show an opportunity to skewer pop culture phenomena like “Gangnam Style” and the recent smash hit movie “The Avengers.” It’s a frighteningly good time!

Remembered mostly as a cult-hit science fiction series from the early 90s, “Quantum Leap” was a frequently thrilling and often introspective exploration of time travel throughout the second half of the 20th century, and a terrific vehicle for its extremely likeable stars Scott Bakula and Dean Stockwell. It was not, however, known for its scariness.

The one exception to that rule is the very sinister third-season episode “The Boogieman,” which takes place on Halloween night of 1964. In this installment, our hero Dr. Sam Beckett leaps into the life of a horror novelist who must solve a series of mysterious murders, and is ultimately forced to confront an evil presence in his small New England town, possibly the Devil himself. It’s worth noting that during this adventure, Sam bumps into and helps inspire future best-selling author Stephen King.

One show that is known for its fantastic Halloween specials is the long-running FOX animated series “The Simpsons.” Starting in its second season, the denizens of Springfield, USA have taken a break from their usual adventures for one episode a year to present three horror-themed vignettes, usually parodying familiar stories or tropes from the genre.

Many of the early “Treehouse of Horror” episodes, as they came to be known, are absolutely stellar and definitely worth revisiting, but in an effort to narrow it down to one shining example, I’ll recommend the one from the fifth season, which aired in the fall of 1993. It features riotous send-ups of the Washington Irving story “The Devil and Tom Walker,” the “Twilight Zone” episode “Nightmare at 20,000 Feet,” and the then-recent Francis Ford Coppola movie “Bram Stoker’s Dracula.”

“Treehouse of Horror IV” contains so many classic scenes and lines it would be impossible to list them here, but it’s safe to say I’d call it the funniest Halloween sitcom episode ever produced.

I understand how ironic it is that my favorite Halloween television episode is probably the one on this list that’s the most rarely-seen, but that doesn’t make me love it any less. The sister series to FOX’s “The X-Files,” the serial-killer-of-the-week showcase “Millennium” was also created by mastermind Chris Carter, and then in its second season was taken over by new showrunners Glen Morgan and James Wong (“Final Destination”).

The pair saw fit to take the show in some bold new directions, including throwing in a couple episodes where the main character Frank Black (Lance Henriksen) just kind of wanders around his neighborhood and gets spooked by his weird second-sense criminal profiling abilities. The Halloween episode from that season is delightfully moody, sometimes downright scary, and most importantly, it takes its time getting where it’s going.

Without having to worry about a pesky little thing called plot, Morgan and Wong found a way to convey the inherent creepiness of Halloween night, especially when you’re caught in the middle of the eternal battle between good and evil. I know most people reading this haven’t seen this episode, but I can’t recommend it enough for anyone who likes their horror more on the atmospheric side.

With all that said, I hope everyone out there has a wonderful, safe weekend, and above all a Happy Halloween!