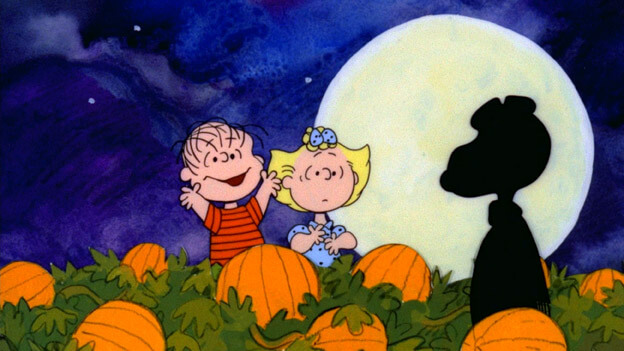 It’s the Great Pumpkin Charlie Brown – Based on the Charles Schultz comic strips of 1959, this Halloween animated treat has been a television staple since it first aired on CBS in 1966.  Chuck and the gang celebrate Halloween while Linus awaits the coming of the Great Pumpkin.

Bugs Bunny Halloween Special – CBS gave Bugs Bunny and his animated friends a ghoulish gala for the Halloween of 1977.  Creepy classic cartoons from Bewitched Bunny (1954) to A Haunting We Will go (1966) were featured (10 shorts in all) in this must see spooktacular show. (see a full list here)

Halloween is Grinch Night – In this 1977 animated special, Halloween is called “Grinch Night” in Whoville.  Poor little Euchariah gets lost in a storm and comes face to face with the Mean One himself.

Mad Monster Party – The soon-to-be-retiring Dr. Frankenstein gathers all the infamous monsters to his castle in Transylvania to find a successor in this Rankin-Bass stop motion animation special.

Of course there are dozens of devilish delights to consume this Halloween season.  Monster movies, special episodes of favorite TV shows, boo-worth baking competitions are just a fiendish few of the spooky specials worth digging up. We’d love to know your fall favorites.  Mark your TV Tombstone with an epitaph (aka title of your favorite Halloween show/speical) in the comments below.