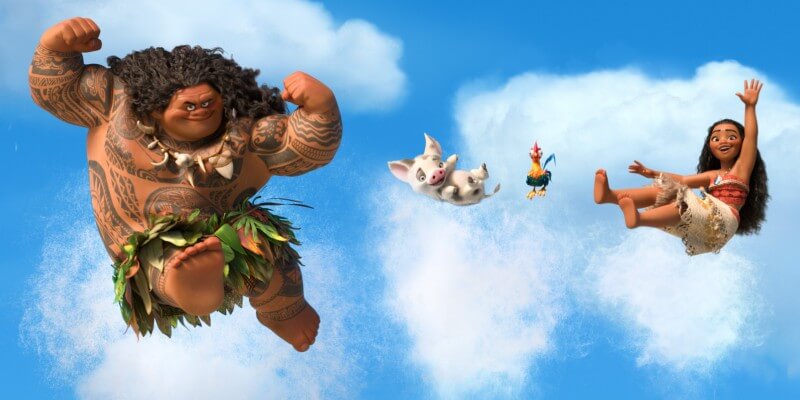 Currently housing a preview of Marvel’s Doctor Strange, the One Man’s Dream theater in Disney’s Hollywood Studios is no stranger to special guests. Now on November 5th, a special sneak preview of Disney’s all-new animated feature Moana will be entertaining visitors to the park.

Disney Parks Blog reports that this is the same preview currently playing at currently playing at Disneyland Resort, where guests can catch the sneak peek in Disney California Adventure park at the Bug’s Life Theater, featuring a 3D presentation with exclusive in-theater effects. Moana is the story of an adventurous teenager who sails out on a daring mission to save her people. During her journey, Moana (voice of Auli‘i Cravalho) meets the mighty demigod Maui (voice of Dwayne Johnson), who guides her in her quest to become a master wayfinder. Together, they sail across the open ocean on an action-packed voyage, encountering enormous monsters and impossible odds, and along the way, Moana fulfills the ancient quest of her ancestors and discovers the one thing she’s always sought – her own identity.

Moana sails into theaters in 3D on November 23, 2016. In the meantime, stick with Inside the Magic for all things Disney and let me know in the comments below if you plan on checking out the preview when it hits Hollywood Studios!

Comments Off on Disney’s Hollywood Studios getting a special sneak peek of ‘Moana’ on November 5!