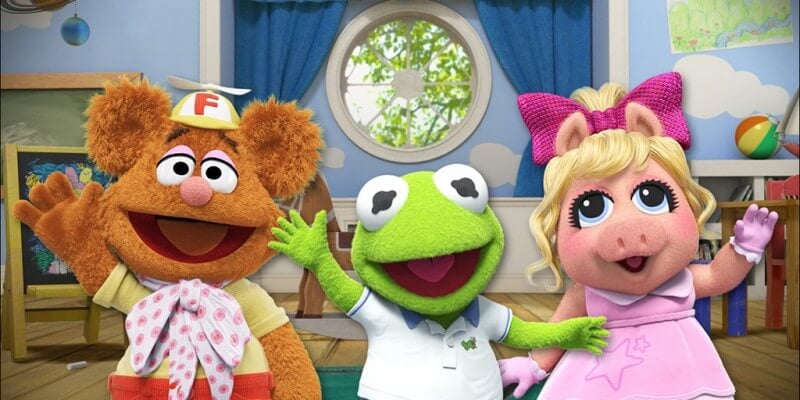 It’s time to let your imagination soar once again with the announcement Wednesday that Disney has begun work on a CGI-animated reboot of the beloved “Muppet Babies” TV series.

The new series is set to launch in 2018 on Disney Junior, 25 years after the original animated show ran finished its run in 1991. As for how the return of the still-infant versions of your favorite Muppet characters will be different than when it first debuted in 1984 on CBS, Disney claims it will have a “similar focus, and will feature two 11-minute stories that document the Muppet Babies’ many adventures,” according to ABC News.

“We are proud, and a little bit giddy, to begin production on our new version of the much-loved ‘Muppet Babies.’ Parents will delight in seeing their favorite Muppets in the mixed animation style they remember from the original series, and kids will be introduced to this warm and zany world made just right for the Disney Junior audience,” said Nancy Kanter, executive vice president and general manager of Disney Junior Worldwide.

“Bringing ‘Muppet Babies’ to Disney Junior is a wonderful opportunity to reach a new generation of viewers and to creatively build on the innovative original series,” said Debbie McClellan, vice president of The Muppets Studio. “We hope to engage and delight the nostalgic fans while also entertaining new kids, parents and diverse audiences through heart and humor as only the Muppets can deliver.”

Disney said that there was demand for new adventures of baby Kermit, Miss Piggy, Fozzie Bear, Gonzo, Animal and the rest of the pint-sized gang. The new series will be targeted to children between the ages of 4 and 7 and will feature stories that will highlight creative and critical thinking skills, according to E! Online.

What do you think of Disney rebooting this classic series into an updated CGI-animated show? My family are huge fans of the original and the new image does look pretty adorable. If they can keep the original’s warmth and imaginative spirit intact (as well as the insanely catchy theme song) then why not? Have your say in the comments below!