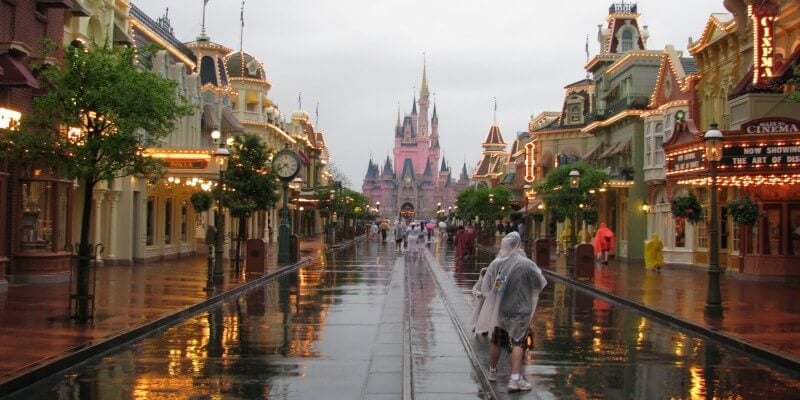 Hurricane Matthew is steadily approaching Central Florida as a Category Four with winds that may go beyond 145 mph when it hits the coasts. It’s no joke, and the attractions of Central Florida are taking the situation very seriously.

Disney Parks is closing their theme parks, their water parks, their shopping district, their golf courses, and their sports complex later today at 5pm to encourage guests to stay indoors and be safe. All of these locations will remain closed throughout Friday, although operations are expected to resume on Saturday, October 8th. Additionally, their Halloween event, Mickey’s Not So Scary Halloween Party, has been canceled for tonight.

This is only the fourth time since opening day that Disney has closed its doors–three times in anticipation of hurricanes. The first was on Sept. 15, 1999 for Hurricane Floyd. The next closure followed in September of 2004 for two days for Hurricane Frances. Right on the heels of Frances, Disney closed their doors again on September 26, 2004 for Hurricane Jeanne. And while not due to a hurricane, the park was evacuated on 9/11.

For Hurricane Matthew, Disney has already evacuated their Fort Wilderness Campground, the bungalows on their Polynesian Village property and the Treehouse Villas at Saratoga Springs Resort. These guests have been moved to alternate accommodations by Disney as a safety measure.

Their Orlando properties are not the only ones that Disney is closing. Disney’s Vero Beach Resort and their Hilton Head Island Resort in South Carolina have also been closed due to Hurricane Matthew with the Vero Beach property being evacuated as of 11am this morning.

It’s incredibly rare for the parks to close their doors to guests, but this speaks to the serious nature of the approaching storm. Some news outlets are reporting that when Hurricane Matthew hits the coasts, the damage will be of catastrophic proportions (possibly exceeding even that of Katrina and Sandy). The National Weather Service states that we should expect widespread outages and winds that exceed the hurricanes of 2004 that will launch debris capable of breaching structures. With this potentially being the worst storm Florida has seen in 118 years, these park closures are completely in line with what is in the best interests of their guests.