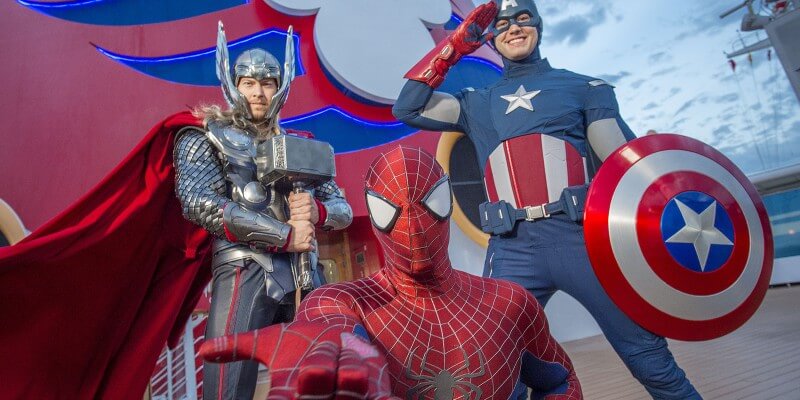 Disney Cruise Line will be introducing the all-new Marvel Day At Sea next year in which guests can meet their favorite superheroes and participate in all-day entertainment aboard the Disney Magic.

Beginning in the fall of 2017, seven “special voyages” out of New York City will feature one day of action-packed fun in which guests will be able to enjoy exclusive activities and special opportunities to interact with Marvel heroes and villains as well as a special deck party, Marvel-themed youth activities as part of the Marvel’s Avengers Academy, exclusive merchandise and unique food and beverage options.

If that’s not all, kids and adults alike can enjoy special screenings of some of the greatest Marvel films and TV shows known to mankind, including the newest releases and Disney XD shows such as Marvel’s Avengers Assemble, Marvel’s Ultimate Spider-Man and Marvel’s Guardians of the Galaxy. Some of the highlights on this fantastic voyage include: So what are you waiting for? To get more info or book your vacation, guests can visit http://www.disneycruise.com, call Disney Cruise Line at 888-325-2500 or contact their travel agent.