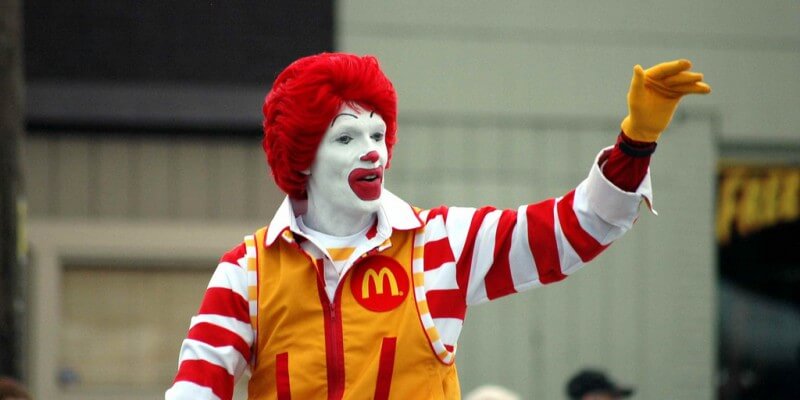 The absurd overreaction to mysterious (and yes, sometimes sinister) clown sightings around the country has McDonald’s putting its colorful spokes-clown on ice until the uneasy paranoia passes.

According to an email sent to NBC from the burger chain, “McDonald’s and franchisees in the local markets are mindful of the current climate around clown sightings in communities, and, as such, are being thoughtful in respect to Ronald McDonald’s participation in community events for the time being.”

A search of the McDonald’s U.S. website shows the friendly fast food clown has already gone into hiding as images of the icon are absent from the site (digging further shows nothing later than 2015 for images of the clown in the site’s news section).

In what is becoming one of the most bizarre trends in America today (no, we’re not talking about the election cycle), clowns are causing panic across the nation. Though some would say the response has been over-reactionary, clown clad nefarious numskulls up to no good HAVE been terrorizing schools and children, a risky practice that has America on edge. While it is NO CRIME to wander about in a clown costume, turning to terrorizing others in said disguise is dangerous and illegal (even if no physical action takes place – persons CAN and HAVE been prosecuted for a PERCEIVED threat). This eerie epidemic has already seen one costumed character shot on sight. Legitimate professional performers are losing gigs as a result of the scare. The creepy clown craze continues to commence despite the knee jerk reactions (like removing clown costumes and masks from Halloween merchandise display or giving Ronald a forced vacation). One almost expects an appearance of super-villain the Joker (it’s already seen kids protected from the encroaching clown horde by someone dressed up as Batman!).  While we do agree that terrorizing children is not in the best interest of one’s health and shouldn’t be “a thing”, demonizing all grease painted performers for the acts of a few foolish fiends is a bit over the top.

What are your thoughts on this odd phenomenon?  Do think America is overreacting?  Sound off in the comments below.