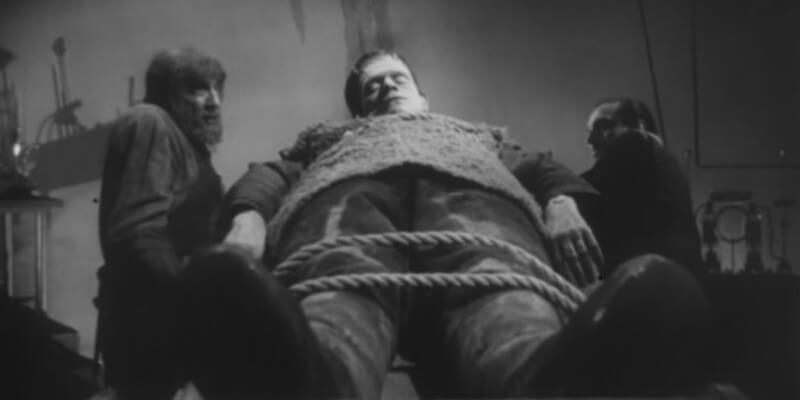 Back in 1939, The Son of Frankenstein smashed into theaters. Basil Rathbone, Boris Karloff, and Bela Lugosi returned in this second sequel for the Frankenstein franchise. Fast forward to 2016 (some 75 years later) and an uncut two and half minute promo for the monster movie materializes. This full, uncut advertisement for the blockbuster fright film allegedly brings new imagery to the legendary performances of Rathbone, Karloff and Lugosi as it used alternative angles and takes as well as deleted scenes from the masterpiece. The fantastic find of this rare piece of nitrate film, somehow still intact from 1939, is nothing less than a miracle. According to Wikipedia, the medium is highly flammable and prone to a harsh decomposition over time as the nitrate becomes a flammable gas as it separates from the cellulose leaving behind a gooey mess (if the film hadn’t already self-combusted – as happened to hundreds of nitrate-based films from the early days of movie making). This Halloween treat, short as it is, is a must-see for any fan of Universal’s Classic Horror films!