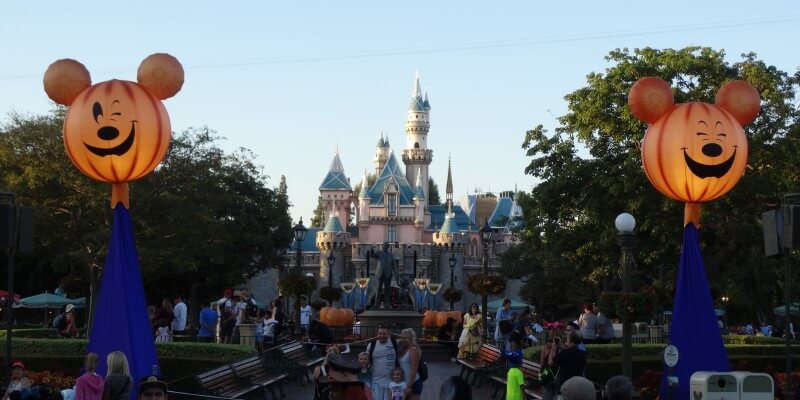 Over the past few decades, nighttime Halloween events have become a theme park mainstay during the fall season, beginning with Knott’s Scary Farm, then expanding to Universal Studios in both Hollywood and Orlando, Six Flags parks across the country, and beyond.

Always a reliable source for family-friendly entertainment, Disney in turn began offering child-safe alternative Halloween events at their parks in both Florida (Mickey’s Not-So-Scary Halloween Party) and California (“Mickey’s Halloween Treat,” later renamed “Mickey’s Trick-or-Treat Party” and then simple “Mickey’s Halloween Party.”) The Disneyland event, like its Orlando counterpart, has become a fan favorite, often selling out throughout the month of October and into the last couple weeks of September.

This year, Mickey’s Halloween Party delivers many of the features and exclusive attractions guests have come to know and love (like trick-or-treating and fun character meet-and-greets,) plus some cool new events that attendees won’t want to miss. Let’s take a look:

The main attraction this year is the all-new Frightfully Fun Parade, which runs down the Main Street USA and up into Fantasyland twice per night. The parade stars many of your favorite Disney villains, plus most of the cast of The Nightmare Before Christmas and even the famous Hitchhiking Ghosts from the Haunted Mansion.

The parade is preceded by a spooky appearance by the Headless Horseman of “The Legend of Sleepy Hollow” (or, to Disney fans “The Adventures of Ichabod and Mr. Toad”) fame. The imposing figure makes his way down the parade route, glaring menacingly at guests along the way.

My personal favorite part of Mickey’s Halloween Party is the Cadaver Dans– a ghostly makeover for Disneyland’s own Dapper Dans barbershop quartet. The group performs on a moving motorized raft in the Rivers of America off the shores of New Orleans Square. An eerie mist makes their spectral visages even more ethereal as they sing some well-known Disney Halloween standards.

The other centerpiece for the event is the Halloween Screams fireworks display, which goes off once a night behind Sleeping Beauty Castle. The show incorporates projection effects, a talking Jack Skellington head, and even a flying Zero the ghost dog. It’s definitely worth seeing, so be sure to snag a good spot.

Mickey’s Halloween Party is an extremely fun and very different way to experience Disneyland during the spooky season. It’s a separate admission from an ordinary day at the park, so be sure to visit the official Disneyland website for tickets and more information. Comments Off on VIDEOS: Mickey’s Halloween Party returns to Disneyland with playful ghouls, fireworks and a fun new parade