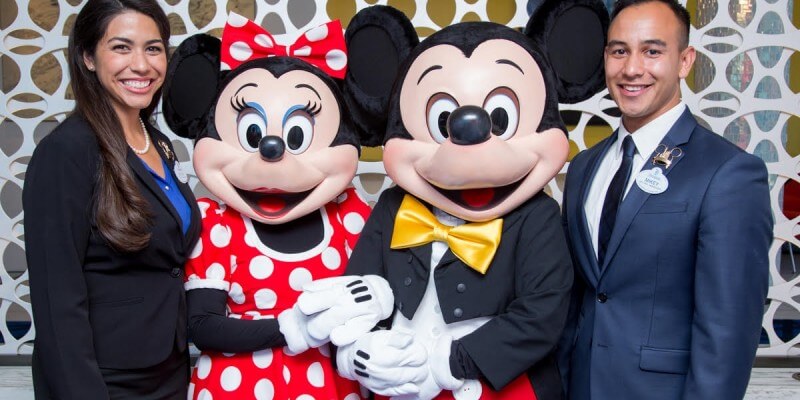 Walt Disney personally created the Disneyland Ambassador Program in 1965 to help usher in the 10th anniversary of the park, and to create a position that would serve as an official spokesperson from Disneyland to the outside community. Disneyland Ambassadors are also the park’s preeminent media representatives and so-called “Emissaries of Goodwill” during their two-year term.

This Thursday at Disneyland, the park announced its newly-selected Ambassadors for the period covering 2017 through 2018. Cast members Mikey Trujillo and Alexa Garcia were hand-picked to become the new faces of the Ambassador program, and were honored with a celebratory cavalcade along Disneyland’s parade route.

The new Ambassadors will officially claim their titles on New Year’s Eve, when 2015-2016 Ambassadors Allie Kawamoto and Jessica Bernard will pass the torch during a ceremony in front of Sleeping Beauty Castle.

Until then, be sure to stay tuned to Inside the Magic for more Disneyland updates, and all your theme park and entertainment news! Comments Off on VIDEOS: Disney reveals its 2017-2018 Disneyland Ambassadors with celebratory cavalcade at Disneyland