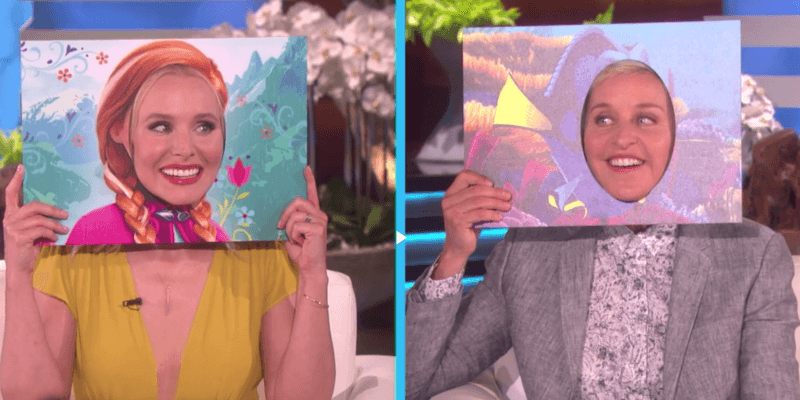 What would happen if Anna from Disney’s smash hit Frozen met the loveable (and forgetful) fish Dory from Pixar’s Finding Dory? Well we don’t have to write fan-fiction to find out, as Ellen DeGeneres and Kristen Bell took the stage on Ellen’s talk show to have an adorably-awkward conversation between these two characters.

I love how Ellen accidentally puts the frame upside down initially — such a “Dory” thing to do, wouldn’t you say? Both Finding Dory and Frozen were massive hits at the box office for Disney, and continue to entertain fans and families alike.

Stick with Inside the Magic for all things Disney!