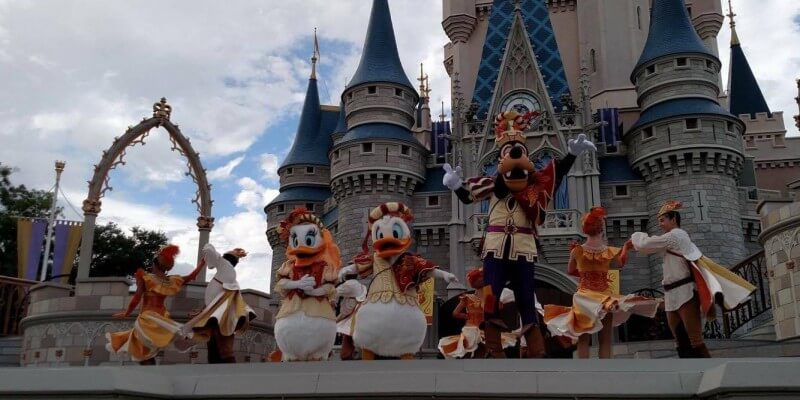 The finale in “Mickey’s Royal Friendship Faire” now features new costumes, décor and choreography. You’ll also hear an original song celebrating autumn in the new scene, from the songwriting duo of Valerie Vigoda and Brendan Milburn who composed the show’s catchy tune “On This Day.”