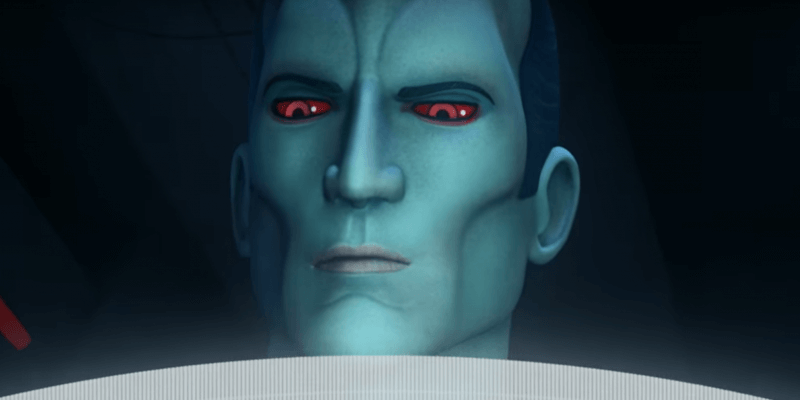 When Grand Admiral Thrawn was announced for Star Wars Rebels season 3, Star Wars fans collectively lost their minds. The character, a fan-favorite from the now-invalid Expanded Universe, will be taking on our heroes in the new season and is guaranteed to give them the fight of their lives.

Luckily for us, Disney has released an all-new look at the villain in a special featurette. So what are you waiting for, Thrawn-heads? Check it out:

Make sure to watch the season premiere of Star Wars Rebels on Saturday, September 24, at 8:30 p.m. PT/ET on Disney XD and check out our review of Season 2 now on Blu-ray. In the meantime, stick with Inside the Magic for all things fun and awesome!