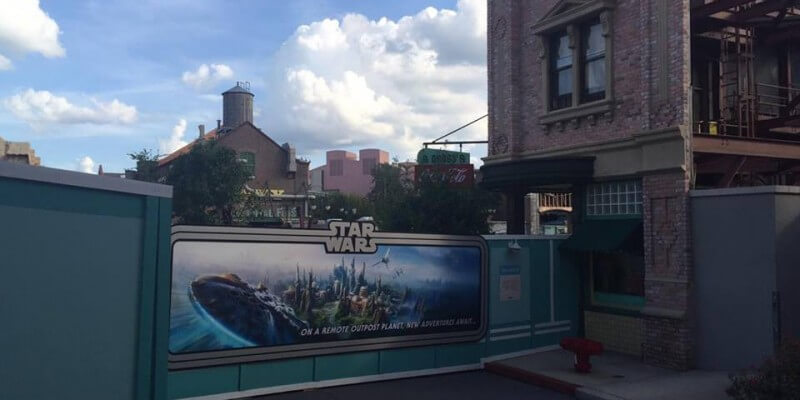 The demolition of Streets of America and surrounding areas are continuing at a rapid pace at Disney’s Hollywood Studios in Walt Disney World. Both the Star Wars and Toy Story Land have a long way to go but clearing of the land itself is definitely reaching its final stage.

Over by Pixar Place, past Toy Story Mania, there is really not much left to be seen. Both the Studio Catering Co. quick service restaurant and the Backlot Tour entrance buildings are now gone. On the other side of the major Star Wars/Toy Story Land construction the Street of America buildings and  facades are almost completely gone. The NY skyscraper facade was just recently removed and all that is left is the Chrysler Building. You can not see any signs of the Honey I Shrunk the Kids Playground anymore either.