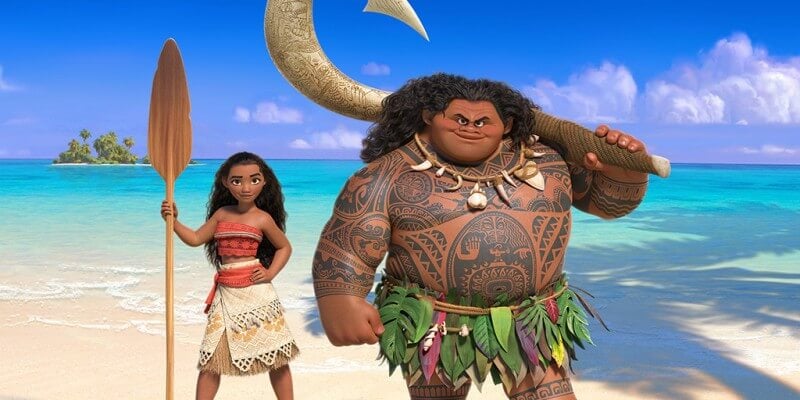 He’s transcended barriers in ways that few are able to do, becoming a box office hit and one of the highest paid actors in Hollywood. However, it was the wrestling entertainment world of WWE that gave Dwayne “The Rock” Johnson those incredibly chiseled legs on which he stands. Their entertainment platform was the first to give Johnson a chance to showcase his talent, and the payoff is still evident.

In Johnson’s latest project, he provides the vocal talent for Maui, a tattooed demigod in Disney’s upcoming animated feature, Moana. What we recently found out is that one of the songs written by Lin-Manuel Miranda for the film was partially assisted by Johnson’s performances in WWE. He explained during an interview with Entertainment Weekly that when Johnson regularly performed on WWE “he was a bad guy, and he’d go into town and he’d pull out a guitar and he’d sing about how much he hated the town he was in just to get everyone to boo.” Apparently, it was replays of performances like this that gave Miranda a sense of Johnson’s vocal range and enabled him to write music for him within that framework.

I suspect it also gave him a few chuckles. As a casual viewer of the happenings in WWE, it took me a while to warm up to “The Rock.” His character was an obscenely arrogant heel, and I absolutely hated him. In spite of this, I confess that it was one of these songs that Miranda talks about that eventually won me over. The strumming and singing were mildly soothing, but it was more his ironic ability to sarcastically shame others in the context of a romantic ballad that cracked my hardened heart. My thought was that any man that could make me laugh like that couldn’t be all bad. I must not be alone because Johnson has done very well for himself in the entertainment industry and continues to be widely adored for his varied talents.