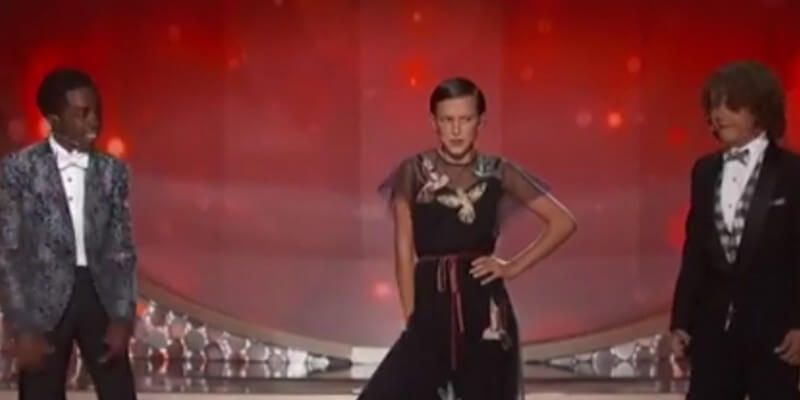 Stranger things have happened at the Emmys, but this adorable performance of Uptown Funk by Millie Bobby Brown, Caleb McLaughlin and Gaten Matarazzo from Stranger Things is a definitely a delight for fans of the show.  The trio rocked the Emmy’s this past Sunday night.  The stars of the runaway Netflix hit series performed the pop song as a warm up to this year’s awards show. Courtesy of Netflix (on their Facebook page), the entire performance is available for your viewing enjoyment (without the need to decipher blinking Christmas lights). Spooky Empire’s Rock N Roll, Horror, Halloween, Tattoo & Film Festival will emerge from the Upsidedown to appear at the OCCC on October 7-9.  Along with the cast of Stranger Things, “Weird Al” Yankovic, Robert Englund, Doug Bradley, Kane Hodder and more will be making appearances and signing autographs.  Visit Spooky Empire’s website for details.