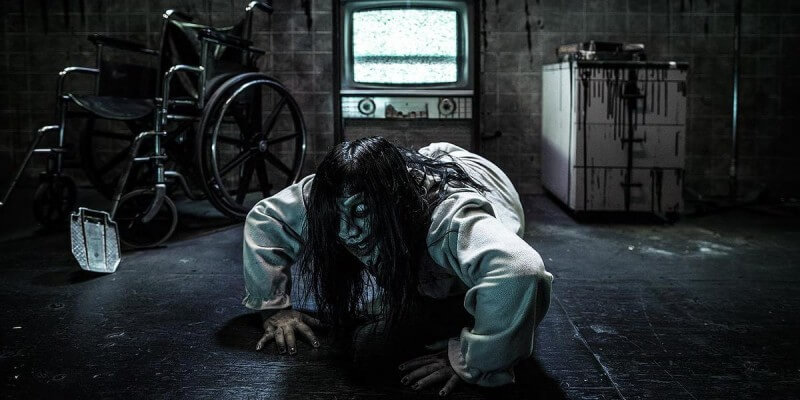 For the first time in the history of the park, Knott’s Berry Farm will feature a new virtual reality experience at Knott’s Scary Farm that aims to scare the daylights out of guests. The experience is called “FearVR: 5150,” and it gives a first-person point of view within a terrifying story–a medical facility about to succumb to the evil intentions of a girl named Katie.

This virtual encounter is an extra cost and will involve being physically strapped into a shabby wheelchair, wearing headphones and donning virtual reality goggles fitted with an Oculus program. Once strapped into the chair, you are introduced to the supernatural abilities of Katie and the unrest of other hospital patients. In case you haven’t already fainted from fright at this point, the VR takes care of that for you when you are given a “shot” by a nurse (which is physically felt) and put virtually to “sleep.” When you awaken, you find yourself in the horror of a hospital overrun with zombies and wide-scale carnage.

Apparently this is not all. Christian Dieckmann, vice president of strategic growth at Cedar Fair, teased to the OC Register, “We can’t reveal too much. There are some things we want to reserve for those who come through it.” Really?! There is more?! There is something beyond being confined to a chair, immersed in a horrific situation, given a “shot,” and having zombies in your face?! I. CAN’T. EVEN. No, but seriously…I can’t.

The entire experience lasts about 10 minutes with four of those minutes being driven by the VR video. All I can think is, “How can anyone sustain that kind of terror for 10 minutes?” I assure you, I don’t know; however, it seems probable that many insane people will line up for the chance to live like they are going to die.

Knott’s must have the same feeling as they expressed that the VR experience would be introduced to two of its other theme parks–California’s Great America and Canada’s Wonderland. And should it prove to be the success they expect, Dieckmann suggested that VR would be incorporated into other attractions down the line.