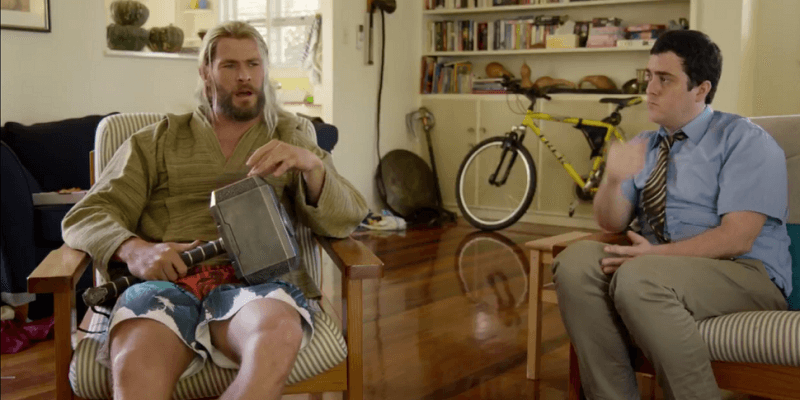 If you haven’t seen the hilarious video from Marvel Studios about what Thor has been doing during the events of Captain America: Civil War, you need to do yourself a favor and take a look — don’t worry, I’ll wait:

Now, it looks like a bunch of diehard fans are actually petitioning for a television show based on the saga of Thor and Darryl to be created. You can check it out here.

As soon as I finished watching the short on YouTube, it brought a huge smile to me. I laughed throughout the entirety of the video. Soon after, I went into the comment section, and stumbled upon a comment that said “Can we start a petition for this to be a Netflix Series”, and I thought to myself “I want this to be a thing too.” And here we are.

This show, if it were to actually happen, would be one of the funniest things I would have the pleasure of watching.

Please make this a reality, it would make many fans, including myself, very happy.

Honestly, I think it would be an amazing idea — but I worry Hemsworth may be too “big time” to agree to something on the small screen. But I’d love to be wrong. So what do you all think? Would you like to see Thor and Darryl take on everyday life in an actual television series? Let me know in the comments below, and stick with Inside the Magic for all things fun and awesome!