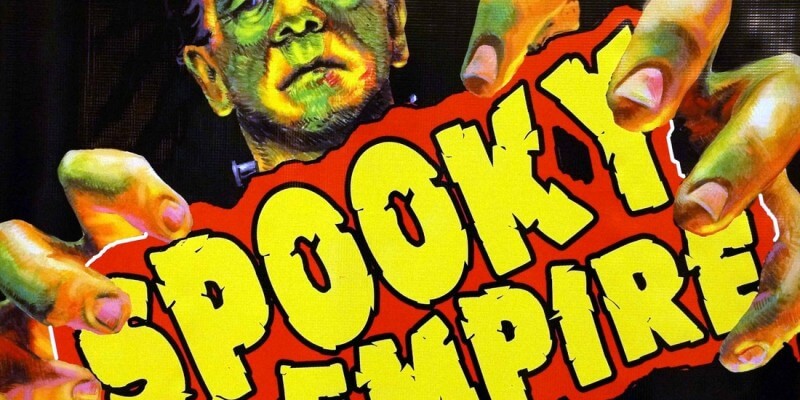 It truly is the most wonderful time of the year!

When fans from all over the country douse themselves in fake blood and cosplay in their favorite horror icons, tattoo artists create amazing work, and celebrities line the halls. That’s right, Spooky Empire is only one week away in Orlando, Florida! The convention has quickly become one of the most respected horror event promotions companies in the United States, bringing to life two of the most popular horror conventions in the nation — it’s really one hell of an event.

From “Weird Al” Yankovic to the cast of Stranger Things, there will be no shortage of entertainment to find at this popular convention. And just announced… the new Catharsis haunted experience is offering Spooky Empire attendees a free preview of what they are all about: October’s event, Ultimate Horror Weekend, has grown significantly since its modest start in Fort Lauderdale in 2003. After finding a permanent home in Orlando, FL it has become one of the largest horror conventions in the nation, with more and more fans attending each year. Just when you think the show can’t be topped, Spooky Empire brings it bigger and better the next year! Each show is more monstrous than the last. The name describes it perfectly; it is THE ULTIMATE weekend for horror fans of all ages! Where else can you meet and mingle with your favorite horror movie and TV stars, buy any collectible you can imagine from your choice of over 200 vendors and artists, see new and up and coming films as well as your old favorites, take part in one of the largest Zombie Walks, get tattooed by some of the best artists from around the world, and of course party ‘til your heart’s content…or until you puke…and that doesn’t even list half of the events that go on during this non-stop weekend of horrors.

The event runs from October 7-9, and for more information and tickets to Spooky Empire, click HERE! In the meantime, stick with Inside the Magic for all things fun and awesome!

Comments Off on Brave yourselves: Horror convention Spooky Empire in Orlando is only one week away – with more just added!