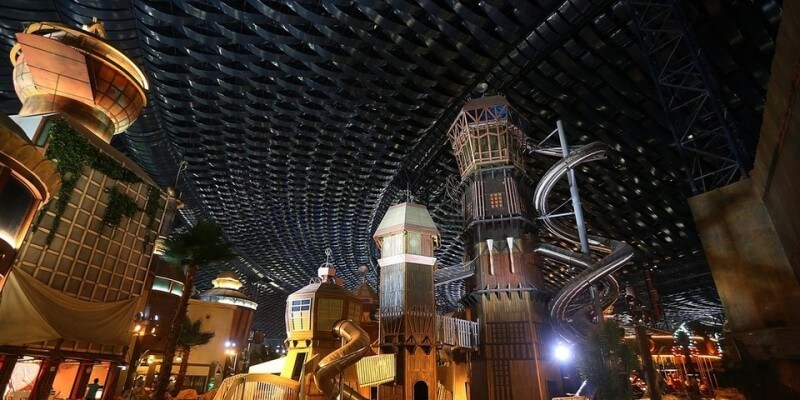 Dubai is becoming a must-see destination for theme park enthusiasts. With developers setting their sights on the city, Dubai has a number of highly anticipated parks like Motiongate Dubai and Six Flags Dubai being raised up within its borders. On August 31, though, Dubai will officially become home to the world’s largest indoor theme park– IMG Worlds of Adventure. Reaching an expanse of 1.5 million square feet, IMG Worlds of Adventure will have four zones: Marvel, Cartoon Network, Lost Valley–Dinosaur Adventure and IMG Boulevard. It’s expected that the park will see 4.5 million guests pass through its gates in the first year. Topping the list of anticipated attractions at Worlds of Adventure is an Avengers-themed thrill ride that immerses guests in the world of Marvel with stereoscopic 3D media and wild special effects. Not far behind, however, is The Velociraptor, a roller coaster that boasts of four loops and accelerates to 100 km/hr in 2.5 seconds. For guests that want to explore the park at a slower pace, Lost Valley expects to provide excitement of a different kind with its 69 animated dinosaurs. The pre-historic population took five years to create due to the incredible attention to detail in making them lifelike in appearance and movement. And I can’t forget to mention size since their Barosaurus stands 16 meters tall.

The park will be able to accommodate up to 30,000 visitors a day and certainly will do its part in boosting tourism for Dubai.