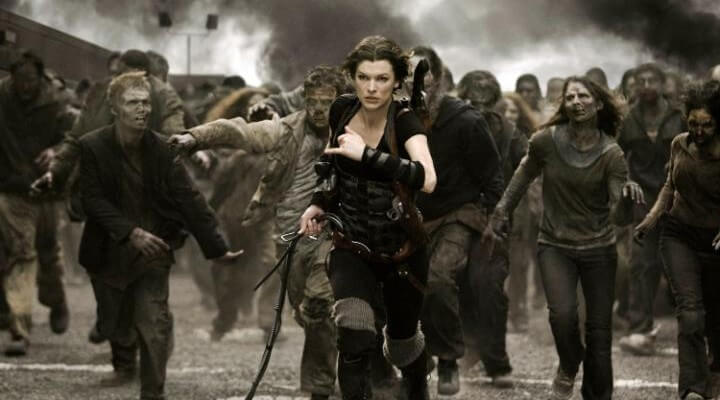 The Resident Evil film series (loosely based off the Capcom video game franchise of the same name) has been playing the ‘long game’ for quite a while now. The first film released all the way back in 2002, and somehow, the franchise has been going strong with every pulpy over-the-top installment. I say “somehow,” but the truth is, they’re dumb fun and there’s nothing wrong with that. So bring on the final chapter in Alice’s saga!

Looks pretty crazy, right? I would expect no less from series helmer Paul W.S. Anderson. The man is a popcorn flick dynamo and has the passion for overblown camp. It’s what’s given the series legs over the last 14-15 years.

Here’s the official poster — and no, that’s not a Hunger Games poster. Or is it? No, it’s not: 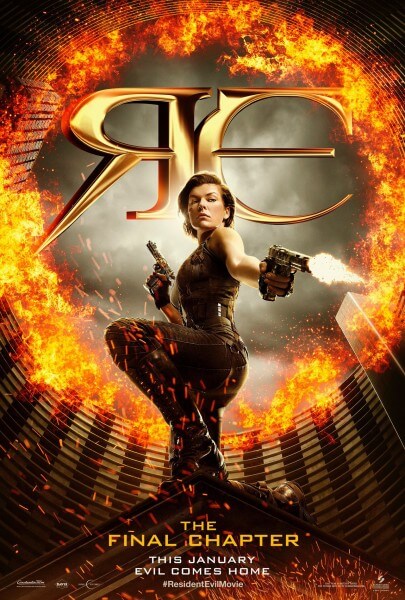 Picking up immediately after the events in Resident Evil: Retribution, humanity is on its last legs in Washington D.C. As the only survivor of what was meant to be humanity’s final stand against the undead hordes, Alice must return to where the nightmare began – Raccoon City, where the Umbrella Corporation is gathering its forces for a final strike against the only remaining survivors of the apocalypse. In a race against time Alice will join forces with old friends, and an unlikely ally, in an action packed battle with undead hordes and new mutant monsters. Between regaining her superhuman abilities at Wesker’s hand and Umbrella’s impending attack, this will be Alice’s most difficult adventure as she fights to save humanity, which is on the brink of oblivion.

The movie stars Milla Jovovich and hits theaters on January 27, 2017! For all things fun and awesome, stick with Inside the Magic!