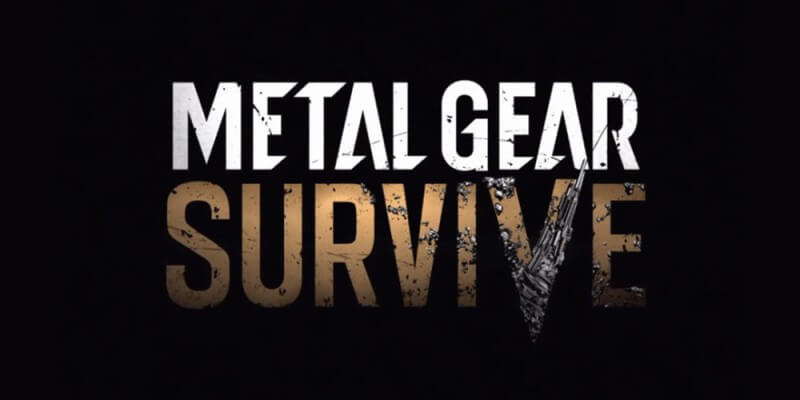 For those not in the know, developer Konami’s breakup with Metal Gear creator and director Hideo Kojima wasn’t a pretty one. Between internal sugar-coating in corporate and fan rage all over the Internet, things ended up getting way too public and way to real way too fast. Now, it looks like Konami has officially announced an all-new game in the franchise, Metal Gear Survive.

The game is described as a “co-op survival game” and is set right after the tragic events of Metal Gear Solid V prologue Ground Zeroes. In the trailer, a small handful of soldiers are sucked into a giant sky portal and have to fight zombies from an alternate dimension — yes, that’s exactly what happens. See for yourself:

METAL GEAR SURVIVE picks up from the ending of METAL GEAR SOLID V: GROUND ZEROES, to an alternate timeline caused by unexplained wormholes forming in the sky. Players find themselves on distorted desert landscapes full of massive half-formed structures, living biological threats, and the remains of a once strong military force now litter the landscape.

In a struggle to stay alive on this harsh terrain filled with deadly creatures, soldiers who were previously on Mother Base now must work cooperatively in order to survive. METAL GEAR SURVIVE continues the pedigree of METAL GEAR SOLID V’s highly praised gameplay design, with a unique blend of stealth and co-op play mechanics. Players can strategically manage massive threats with the help of 4-player online cooperative play. New weaponry will also be introduced to combat charging creatures and lethal environments as well.

I’m going to be honest: of all the ways to convince fans that the Metal Gear franchise is still in cozy hands, completely changing the genre and rewriting everything into an alternate zombie universe doesn’t seem like the way to go. To be honest, I would have loved to be a fly on the wall in that meeting room where this project was decided, if only to pick the brains of the people who thought this would be a stellar and celebrated idea.

Konami…what happened to you, man? Metal Gear Survive releases in 2017 for PC, Xbox One and PS4.