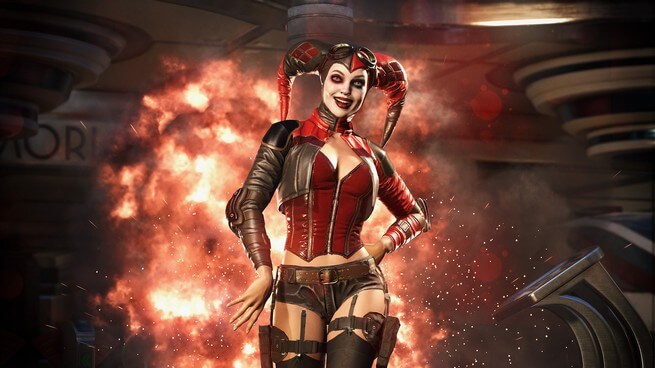 Get ready, puddin’, because two heavy hitters from Task Force X will be tearing it up in NetherRealm Studios’ smash-hit sequel, Injustice 2! Warner Bros. Interactive Entertainment released an all-new trailer today showcasing none other than Harley Quinn and Deadshot. While Harley was actually in the original Injustice: Gods Among Us, Deadshot had only previously made an appearance in the mobile game. This move makes complete sense, considering the two characters are considered the ‘leads’ in the ensemble-based film Suicide Squad. Confirmed characters for the game already include Aquaman, Atrocitus, Batman, Blue Beetle, Flash, Gorilla Grodd, Supergirl, Superman, and Wonder Woman.

Injustice 2 continues the story of Injustice: Gods Among Us as Batman and his allies work towards putting the pieces of society back together while struggling against those who want to restore Superman’s regime.  In the midst of the chaos, a new threat appears that will put Earth’s existence at risk.  Players can play from the biggest DC roster ever offered in a fighting game, from classic fan favorites such as Batman, Superman, Supergirl and Aquaman, to astonishing new villains like Atrocitus and Gorilla Grodd.  Battles will take place across arenas that have evolved in scale and span across iconic locations such as Metropolis, Gotham City and Atlantis.

Injustice 2 swings onto PlayStation 4 and Xbox One in 2017, and we’ll be there with all the details. In the meantime, stick with Inside the Magic for all things fun and awesome!