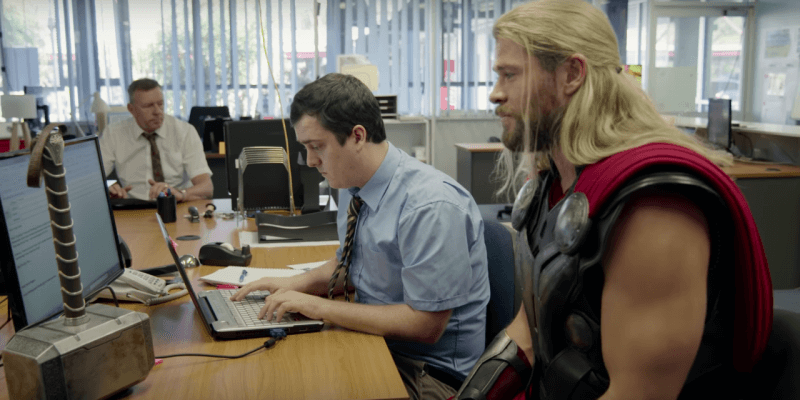 While Thor: Ragnarok is currently filming at the helm of director Taika Waititi, Marvel has revealed an extra that will appear in the special features of the Captain America: Civil War Blu-ray. And it harkens heavily back to the style of film that put Waititi on the map, What We Do in the Shadows — a gut-wrenchingly hilarious docu-drama about vampires.

In this video, we see what Chris Hemsworth’s Thor was up to during the chaotic events of Captain America and Iron Man’s massive dispute…turns out, he was just kind-of finding himself. The result is one of the most awkward and side-splitting efforts Marvel Studios has put out in recent memory.

That Darryl…such a trooper. What do you think of this new video? Is this telling of the humor that we’ll see when Thor: Ragnarok hits theaters on November 3, 2017! In the meantime, stick with Inside the Magic for all things Marvel Cinematic Universe!