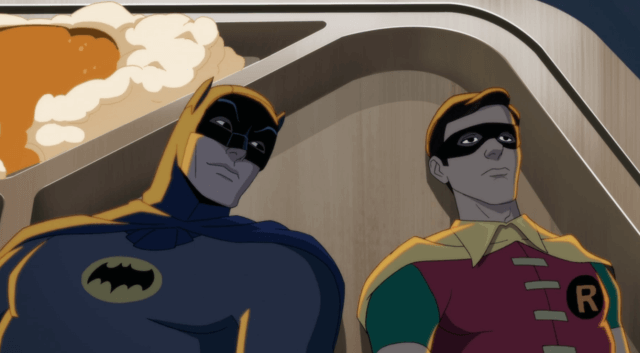 Well this was completely unexpected! In a crazy-awesome announcement from the folks at Entertainment Weekly, it looks like Batman and Robin will be returning to their television roots for the 1960’s-inspired Batman: Return of the Caped Crusaders. And get this: the film features the voices of Adam West, Burt Ward and Julie Newmar.

In the trailer, we see Batman and Robin escaping their doom on a giant lunch tray before meta-tastically plugging their own movie. Is there anything better than this? I mean, probably…but this is still amazing. The classic Batman show ran from 1966 to 1969, and is considered a culty fan favorite amongst the Batman-loving fan community.

Batman: Return of the Caped Crusaders jumpes to Digital HD on Oct. 11 and Blu-Ray on Nov. 1. Until then, stick with Inside the Magic for all things fun and batty!