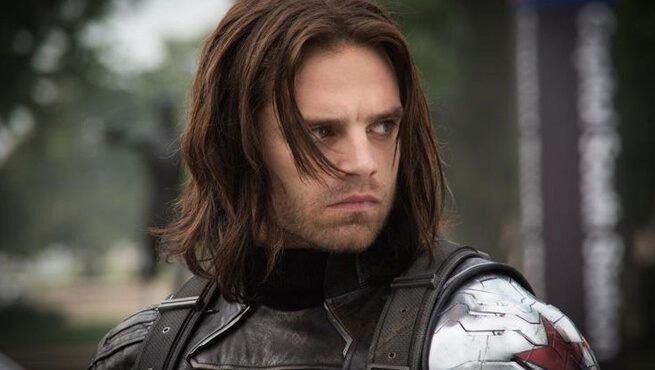 Everyone’s favorite assassin The Winter Solder has been confirmed to return for the Marvel movie ‘Avengers: Infinity War’ according to the Hollywood Reporter. Sebastian Stan, who plays Captain America’s best friend Bucky Barnes, was last seen in the mega successful ‘Captain America: Civil War’ in the latest chapter of the Marvel Cinematic Universe, where his future was somewhat left up in the air.

When we left the character he was being put into cryostasis at Black Panther’s palace in Wakanda, hoping to find a solution to his Hydra programming. That definitely leaves room for the character to also, possibly, make an appearance in the new Black Panther movie. Nothing has been confirmed about Barnes’ role in that movie though.

Sebastian Stan is currently shooting the upcoming ‘We Have Always Lived In The Castle’ in Dublin.

I for one can not wait to see this fan-favorite be back on the screen!