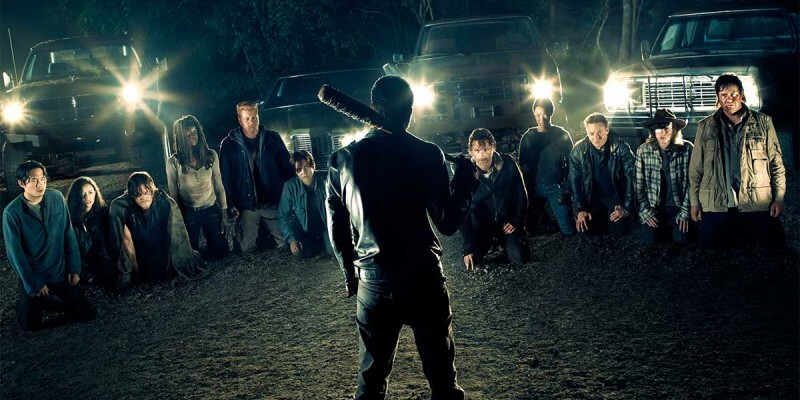 As The Walking Dead Season 7 Preview Special was drawing to a close, The Walking Dead showrunner Scott M. Gimple had a very cryptic message for fans that he delivered by way of host Chris Hardwick. Basically, if you are attached to anybody on the show right now, there’s a good chance your heart is going to be shattered into a million pieces when the season premieres.

To the friends, fans, and curious, committed, the uninitiated, and the OGs, you know the beginning and it’s almost here. Enjoy your summer, because the beginning is someone’s end. But it is a beginning. What happens in episode one will shatter the lives of those who survive and will render the narrative in different trajectories. In which we will see our characters in completely new situations torn from the pages of the comic and remixed in The Walking Dead Remixnator 5000.

We’ll see all new all different worlds with new friends, enemies and other. With alignments ranging from lawful good to chaotic evil and all the neutrals in between.

We’ll see unthinkable dangers from the damnedest of places. Yes, there will be blood, but there will also be cobbler. We kid you not. There’s going to be a hard goodbye in the beginning, but you know that, and it’s almost here. As Simon says, be good to each another.

Who the heck is Negan going to kill?! No matter what seems to happen, it looks like everybody is in for quite a rude surprise when The Walking Dead returns for its seventh season October 23 at 9 PM ET on AMC.