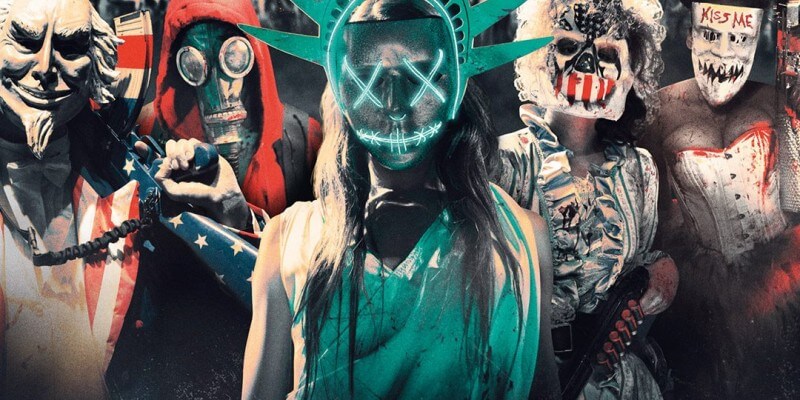 Halloween Horror Nights Hollywood has announced “The Purge” is returning as a scare zone for this year. The news was first made public by Universal Studios at today’s ScareLA panel, with the official announcement coming via social media shortly afterwards.

Alert: The commencement of The Purge begins September 16 as a scare zone at #UniversalHHN! pic.twitter.com/XvdFUCXqbl

According to Behind the Thrills, “The Purge Election Year” is coming to HHN 2016 as a mega scare zone.

It’ll not just be a street, but multiple dedicated section of the park encompassing Universal Plaza and Parisian Plaza as the epicenter. LOTS of actors, and thematic details. The purge will also be featured on the Lower Lot as well as the Opening Scaremony. Nothing on this scare has ever been done in Hollywood, but a few years back HHN Orlando featured a park-wide Walking Dead scarezone. This will be a similar scale but themed completely to all of the Purge movies.

The Purge has had a presence at HHN since 2013, and to get an idea of what to expect for this year, check out some of our videos from past experiences at Universal Studios Hollywood and Universal Studios Orlando.

Universal Studios Halloween Horror Nights is the ultimate Halloween event. For more than 25 years, guests from around the world have visited Halloween Horror Nights in Hollywood and Orlando to become victims inside their own horror film. The streets of each coasts event are transformed into highly-themed scare zones where menacing scare-actors lunge from every darkened corner. Multiple movie-quality haunted houses are erected throughout the event, based on anything from iconic slasher films to hit horror television series to haunting original stories.