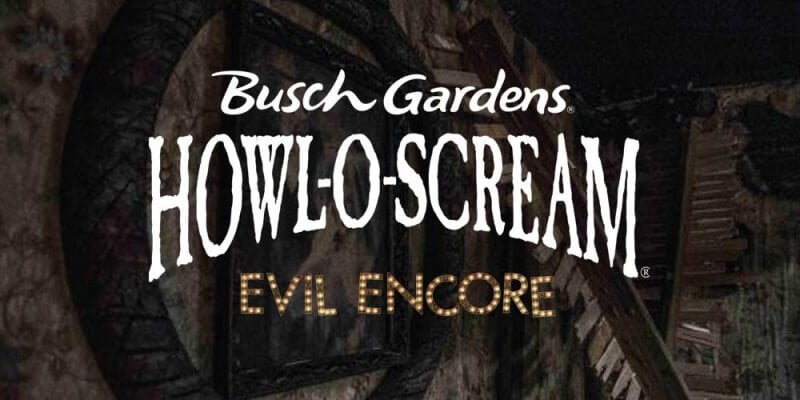 This year’s Howl-O-Scream event at Busch Gardens Tampa Bay is shaping up to be one delightfully devilish affair — and the thrills just keep coming! Two new haunted mazes were just announced on their official website, and it looks like guests are in for a frightfully good treat.

When Saw Tooth Silas, an infamous pirate, decides that one should no longer exist, he marks them for death. Victims are then sent to The Black Spot, where they meet their horrifying end. The trick lies within the dimly-lit corners of the mysterious hideaway, holding the secret to escape… or demise. Nightmares become reality at this deserted motel once you realize why it’s conveniently vacant. The paranormal presence of its former owners still lurks on the untouched property, mysteriously preventing the brave souls who have attempted to tear it down. Guests who dare to enter will find themselves face-to-face with their worst nightmares and inescapable fate. Howl-O-Scream®,Tampa Bay’s premier Halloween event, is back select nights from September 23 through October 30, 2016* with tormenting surprises around every corner and unexpected scares.

The streets will be swarmed with hundreds of roaming creatures, making escape nearly impossible. A chilling live show and the chance to challenge Florida’s top thrill rides in the dark will keep the screams coming all night.

Howl-O-Scream starts at 7:30 p.m. each event night. Arrive early to challenge thrill rides, including the all-new Cobra’s Curse™, North America’s tallest freestanding drop tower Falcon’s Fury® and Florida’s first triple-launch coaster Cheetah Hunt®. You’ll also have time to dine before being one of the first to experience the horror of Howl-O-Scream 2016.

Personally, I can’t wait to check out The Black Spot, as I can’t say I’ve seen many houses that take place in the golden age of piracy. Which of these two houses do you want to check out the most? Let me know in the comments below, and make sure to stick with Inside the Magic for all things spooky and fun this Halloween season!