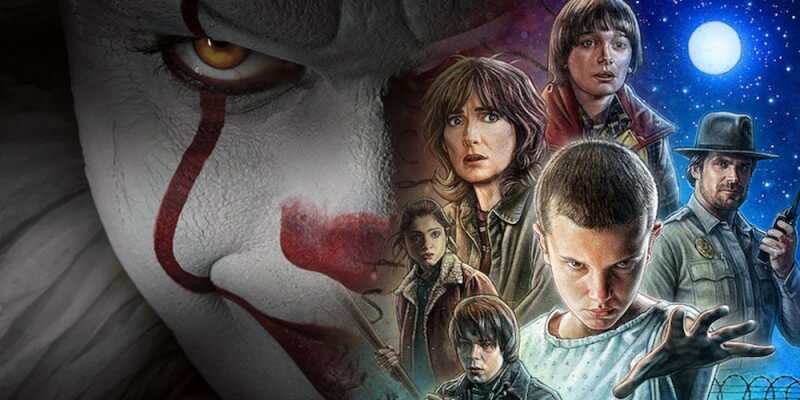 If you’ve been anywhere the Internet, you’ve noticed your friends losing their collective minds over the incredible triumph of a television show that is Stranger Things on Netflix — that, or you’re already among the people who have binged every episode in a single day. The show perfectly captures that “coming of age” 80’s sci-fi feel that not only evokes mountains of nostalgia, but in retrospect, is a beautiful “retro” subgenre of film all its own.

So you can imagine the pure awesomeness when Dan Lin, a producer of the feature film adaptation of IT, compared the film to Stranger Things:

“I think a great analogy is actually Stranger Things, and we’re seeing it on Netflix right now,” Lin told Collider. “It’s very much an homage to ’80s movies, whether it’s classic Stephen King or even Spielberg. Think about Stand by Me as far as the bonding amongst the kids. But there is a really scary element in Pennywise.”

Throwing out movies like Stand by Me is a terrific sign. That, and the fact that Mama director Andrés Muschietti is helming the project. The guy is incredible. As for the role of Pennywise the clown played by Hemlock Grove star Bill Skarsgard, the character is sounding creepier and creepier with every new detail released.

“His build is really interesting; he’s really tall and lanky, and feels a little clown like in his movement,” Lin said of Skarsgard. “When he came in — we had a lot of different actors read, and when he came in he had a different spin on the character that got us really excited. You’ve had Heath Ledger doing almost a clown joker, you’ve seen obviously Tim Curry as a clown. We wanted someone who created a Pennywise character that would stand on its own and Bill came in and created this character that frankly freaked us out.”

IT will take over theaters September 8th, 2017. For all things fun and awesome, stick with Inside the Magic.