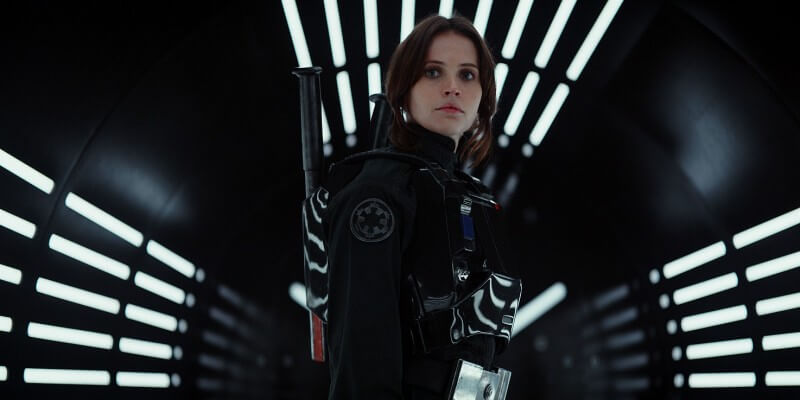 As the release of Rogue One: A Star Wars Story draws near, the hunger for more information about this film grows stronger. Fans continue to scour the Internet for more details about the film, and we have another one for you right here.

During a recent interview with Empire Magazine, the film’s director, Gareth Edwards, revealed some of the thinking behind the name of the film. It seems as if a few ideas may lie behind the title as Edwards proposed multiple reasons its “boss” name was appropriate.

Referring to the Red Squadron that goes rogue in Star Wars: The Empire Strikes Back, Edwards first proposed that it is a military call of sorts. More compelling, though, is his explanation of this film in relation to the Star Wars saga as a whole.

“….this is the first film that’s gone off-piste and is not part of the saga – or the Anakin story – so it’s the ‘rogue’ one, you know?”

Finally, Edwards felt that Felicity Jones’ character, Jyn Erso, factors in as well. She is the central figure in the film and a driven one at that. With her fierce personality that will get the job done no matter the cost. So going rogue is par for the course and a primary theme throughout the plot line.

Ultimately, it looks as if there wasn’t a single line of reasoning behind the film’s title but many ideas that converged instead. Edwards summed it up with:

“It has [all] these split, multiple meanings that made it feel like the right choice.”

We agree! It definitely feels right!