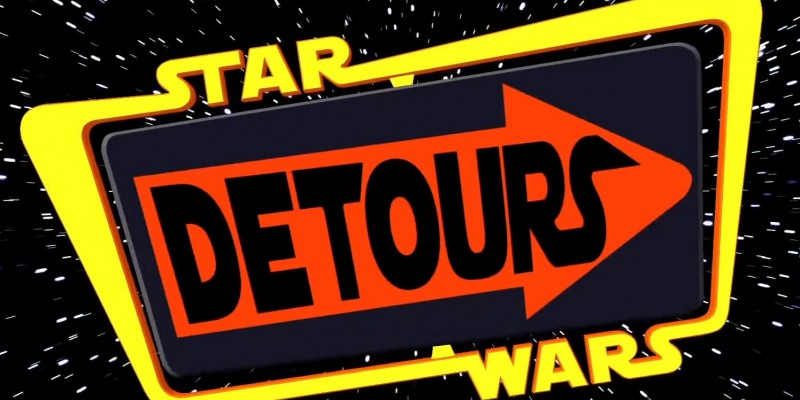 A not so long time ago (2012), in a press release not that far away, just prior to the sale of Lucasflim to the Walt Disney Company, an animated comedy project partnership between George Lucas and the creators of Robot Chicken (Seth Green and Matthew Senreich) was announced.  Set in the time between the prequels (Revenge of the Sith) and the classic films (A New Hope), 39 episodes were completed (with another 62 scripted). Star Wars Detours was an officially produced show that was shelved after Lucasfilm’s acquisition. 39 episodes are complete, but have never seen the light of day. This is the only available footage compiled into one single video. ENJOY!  – Honor the Force

Although the entire first season of almost 40 episodes has been completed, the series seems to be shelved indefinitely.  The only public footage is a series of trailers for the series.  Groups like Honor the Force, on Facebook, are hoping to push the trailers in hopes of generating enough interest to entice Disney to release the series in some form (online, DVD, on air – Netflix are you reading this?).  We hope they succeed as the farce is strong with series!