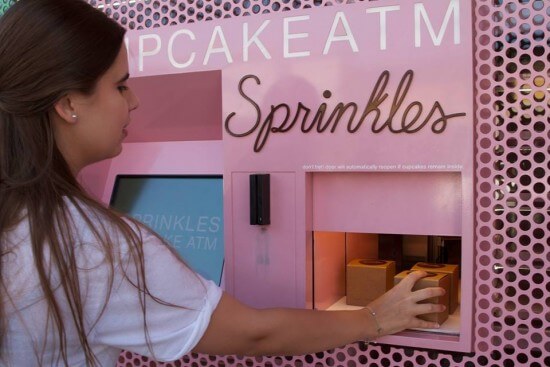 A sneaky poster on Mouse Planet forums has just revealed that a permit has been filed in the city of Anaheim that a new Sprinkles Cupcakes establishment will likely be breaking ground at Downtown Disney District in Anaheim, California! It has been reported that the shop will be right next to the first Starbucks in the metro-tastic area, in a portion of the space recently vacated by Quiksilver.

There is no word on when the shop will open, but another branch of the wildly popular cupcake chain opened at Disney Springs in the Walt Disney World Resort earlier this year. The gimmicky-yet-awesome Cupcake ATM has been incredibly successful in Orlando, so here’s hoping California gets to enjoy one of those little beauties too.

More on this as it develops, but in the meantime, stick with Inside the Magic for all things Disney Parks!