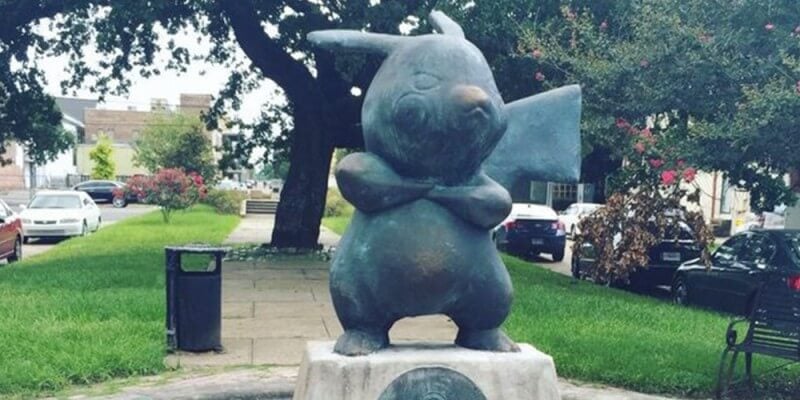 Love it or hate it, Pokemon Go is pretty much everywhere. People all over the world have been coming down with a bad case of Poke-fever, and it doesn’t look like the crazy is going away any time soon. Personally, I think that’s pretty fantastic.

But you’re not a truly devoted fan until you’ve crafted a giant fiberglass statue of a Pikachu and erected it illegally in a New Orleans park. Because that’s exactly what happened the other day.

What I kind-of love the most about it is how whomever created the statue made it look like it has been worn down over the years, like a classic monument in the middle of a bustling town square.

How long will the statue be up for the world to see? Nobody knows, but I’m hoping the local powers-that-be have a sense of humor and will leave the little bugger up. But for real: who knew New Orleans was such a Pokemon hot spot?

Edit: We just got some new information from “#Pokemonument Guerilla Artists” on the Pikachu statue. So here are some fun facts: