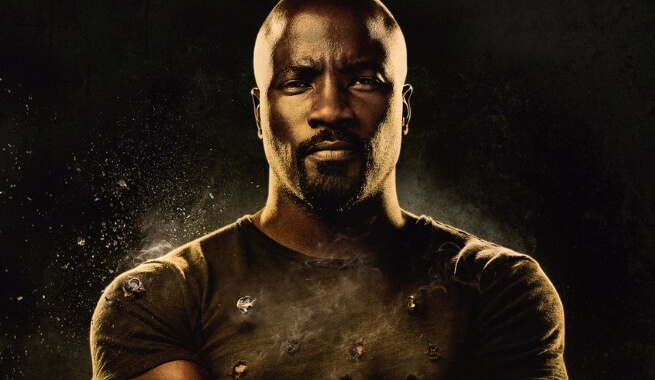 After San Diego Comic-Con’s amazing reveal trailer, fans are hooked on Luke Cage and can’t get enough. The Marvel comic fan favorite made his debut on Jessica Jones (also on Netflix), and his series looks to take things to a whole new level of pain!

Now an all-new poster has been released via Twitter stating that a new trailer will be hitting the Internet tomorrow. Awesome! Check out the new poster below: Aside from Michael Colter playing the lead, Marvel’s Luke Cage also stars Mahershala Ali, Alfre Woodard, Simone Missick, Theo Rossi, Frank Whaley, and Sônia Braga. The series is produced by Marvel Television in association with ABC Studios and is being developed by Cheo Hodari Coker, who will also serve as showrunner. The show will be released on Netflix on September 30, 2016.

Check out the official trailer below:

Stick with Inside the Magic for all things Marvel Cinematic Universe!

Comments Off on New poster for Netflix and Marvel’s ‘Luke Cage’ released!