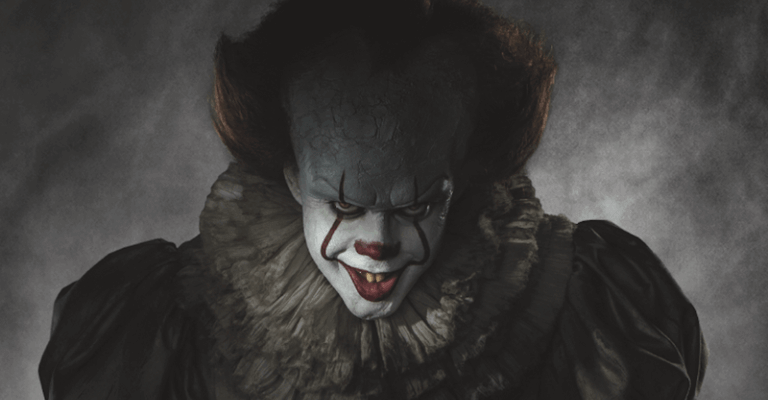 Earlier today horror fans were treated to a glimpse of Bill Skarsgard’s portrayal of the creepy clown-like monster in the upcoming reboot of Stephen King’s It.  The muted colors and ragged Renaissance look lend to the malevolence of this immortal monster.  Gone are the vibrant colors of Tim Curry’s Pennywise performance.  Instead we’re assaulted with a dank, sleek and sinister creature much better prepared to evoke life-long nightmares. Delivering a decidedly different Pennywise from the 1990 mini-series that inspired a generation of coulrophobia (fear of clowns), Skarsgard intends to lend his own flavor to homicidal clown, believing the only way to follow a legend like Tim Curry is to reinvent the role.  The first glimpse at this brand new Pennywise clearly shows that he’s on the right track.  From the sadistic smiling and much darker clown face to the unnerving leery costume, Skarsgard’s monster clown is ready to reside in a new host of nightmares. This reboot of Stephen King’s novel is directed by Andres’ Muschietti.  It will haunt theaters on September 8, 2017.