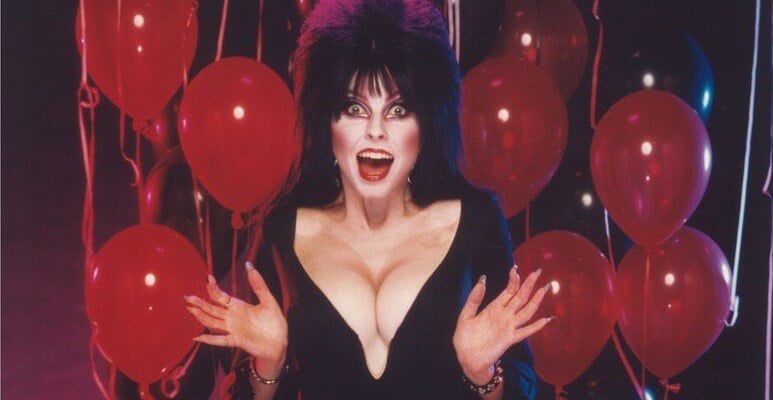 Elvira might be retiring from convention appearances, but that doesn’t mean fans have to forget about the Queen of Halloween. This fall, a new 240-page book will feature a 35-year retrospective of the horror icon.  Among the 350 images included, there will be several that never been published before. Elvira: Mistress of the Dark will also include commentary by Ms. Peterson (Elvira’s alter ego). Tweeterhead Publishing is handling production of the coffin coffee table tome which will be released in October of this year. Pre-orders are already going on (click here).  A signed copy of the book will take $88.95 from your vault and the un-signed option will set you back $44.95 Fans of the Queen of Halloween can catch her performances at Knott’s Scary Farm in Los Angeles, California. Elvira’s Danse Macabre runs nightly during the event (Sept 22- Oct 31). In the comedy/musical show, Elvira is the hostess of a masquerade ball.

Comments Off on New “coffin” coffee table tome celebrates 35 years of Elvira, The Queen of Halloween