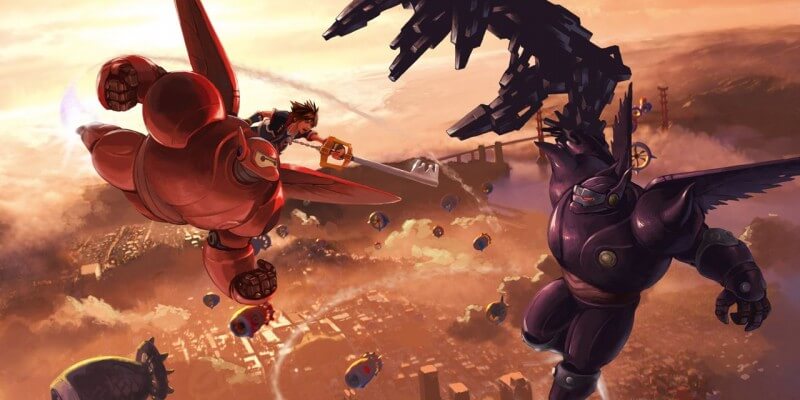 Are you as hyped for the next installment of Square Enix’s Kingdom Hearts series as I am? When we went to E3 in Los Angeles this year, there was little-to-no presence for the game on the show floor, which was a massive bummer, so it’s nice to see this little Famitsu interview with series director Tetsuya Nomura on the state of things.

Gamenesia reports that, by the sound of it, not only is the game coming along, but it’s going to be massive. In fact, gamers who have played Kingdom Hearts 3D: Dream Drop Distance on the 3DS have apparently already seen the technical “prologue” to Kingdom Hearts III.

Nomura: Story-wise, [Kingdom Hearts 0.2 Birth by Sleep–A Fragmentary Passage] is situated at rather an important point. The scenarios of KH 3D Dream Drop Distance (hereon KH3D) and KH0.2 can essentially be thought of as the prologue to KH3, you see. […] The story connects from KH3D to KH0.2 to KH3. In my own head, KH3 begins at KH3D. That’s why I put that subtitle on KH2.8.

Famitsu: Does spreading the story from not only KH3D but also KH0.2 mean that KH3 will be smaller in size?

Nomura: It’s not that I’ve spread the story out, perhaps it’s more that I’ve separated the parts that would have ruined KH3’s tempo if they were told then. In fact, KH3 is overwhelmingly big, so it’s not that content has been shaved off, and it’s something I’ve worried over how to handle. Well, if Nomura’s other efforts are any indication, I’m sure he’ll have the entire thing under control and Disney fans will be in store for another wonderful and epic adventure.

Stick with Inside the Magic for all the best Disney news!