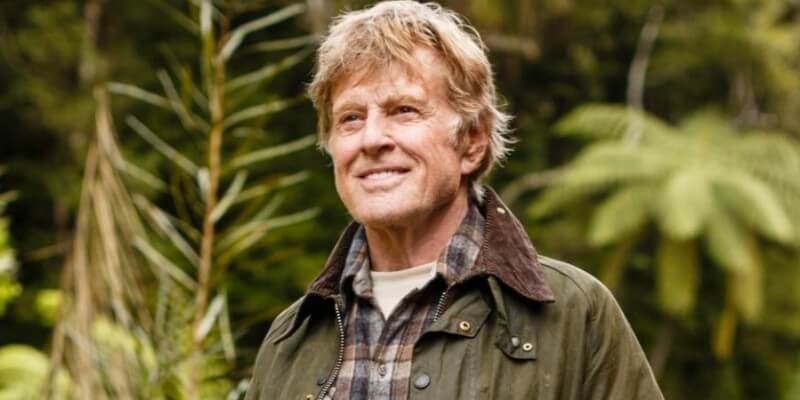 As far as living legends go, they don’t come much bigger than Robert Redford. From “Butch Cassidy and the Sundance Kid” to “The Sting” to “All the President’s Men,” Redford has starred in some of the most iconic Hollywood movies ever made. He also made a successful later-career shift to being a director, helming such memorable features as “Quiz Show” and “A River Runs Through It,” and famously founded the internationally-renown Sundance Film Festival, which highlights the best in independent film each year.

Now Redford is, for the first time in his long and storied career, making his blockbuster break. In 2014 he had a supporting role in Marvel’s “Captain America: The Winter Soldier” and this year he’s costarring with Bryce Dallas Howard in Disney’s reimagining of “Pete’s Dragon.”

I had the amazing opportunity to sit down with Mr. Redford for a round-table interview with select members of the press and discuss how his love of storytelling influenced his character in “Pete’s Dragon.”

“First of all, [‘Pete’s Dragon director] David Lowery came to me and he allowed me to step in and develop the character further than it was written. So that allowed me to sort of take responsibility for the character and have a little bit of authorship,” Redford remembered about the process of being cast in the movie.

“My whole thing about the character was that he was a storyteller. Storytelling was a big part of my life growing up here in Los Angeles. It was a very difficult time, difficult life, lower working class neighborhood, people didn’t have much. So storytelling became a huge thing, became a way out of a tough situation. And that played a big role in my life as a kid.”

“I believed in making stories up. I believed in not telling stories that were already written. I think that using your imagination in a fresh new way is good– it’s good exercise. Also, it’s fun to do. You stop and think, ‘Gee, I think I’m gonna tell a story and I’m just gonna make it up as I go.’ It was just something I enjoyed. It also exercised my mind.”

Redford recalled what appealed to him about the “Pete’s Dragon” story from the beginning: “I thought, ‘Here’s a story that really is [about] storytelling and involves fanasty and realism together. Lowery has combined reality and magic in one thing, he’s put them together. When I read the script I thought, ‘Well, this reminds me of my childhood with Disney movies that I saw and how much I loved that when I was a little kid: ‘Bambi,’ ‘Fantasia,’ things like that.”

“Lowery has brought these two things together, and what I love about it is that it’s created a kind of atmosphere of magic. I think magic was such a part of my life when I was young– that was your hope factor.”

“And what Lowery did with the character, when I first read it I said, ‘well, that’s a nice idea for a movie,’ but the character was… I felt he was underdrawn. And he opened it up and said, ‘Look, why don’t you step in and be part of the development of this character. So he allowed me to step in and work on the character. And then things changed, I felt like I was part of things and I felt like what could be developed was more of him the storyteller, and more of him trying to see things beyond what you see in front of you. He tells his daughter, ‘You only see what’s in front of you. But there’s other stuff. Look around. Look beyond.’ I liked that concept a lot. So him opening that up and developing it a little bit with me was a pleasure.”

I asked Mr. Redford what it’s like to shift between working as a director to working as an actor under another director. “It’s sometimes hard, sometimes it’s easy. In this case, it was easier because this is not a subject I probably would have gotten involved with as a director. This is all new terrain, and [Lowery] had quite a grip on it. He had spent a lot of time on it. He had developed quite a storyboard about filming it. And so I was free to just be an actor. Other times, if it’s a more serious situation, where I’ve been before, you just have to turn something off, because it’s not fair to the director. To be directing yourself while you’re acting, it’s just not a good thing. So you have to turn the switch off and say ‘I’m just here as an actor.'”

Redford then went on to discuss the merits of working with his young costars Oakes Fegley (Pete) and Oona Laurence (Natalie.) “The kids [in ‘Pete’s Dragon’] were very different from [from the usual child actors.] When you have kids that are that age– anywhere from eight to thirteen, if they’re Hollywood kids, you feel that. There’s something slightly artificial, slightly overdone. These kids were just themselves. They were just absolutely who they were. And they just brought that to the table– they didn’t bring any other stuff other than who they were as kids. And they were unspoiled, they were fun, they were wide-eyed, they were really interested. And they were only interested in me in terms of how well I was telling my story. So as a result, when you see the film, you’ll feel that with these kids, they’re just real.”

And of Bryce Dallas Howard, who plays his daughter Grace in the movie, Redford has nothing but admiration. “She’s just a delight. She’s not only talented, but she just beams, she has such a life force, it’s just a pleasure to work with her. Really fun. We had a great time.”

Before we wrapped up, I felt compelled to ask about his take on Hollywood’s current relationship with independent cinema, considering his history with the Sundance Film Festival. “[The Festival] was misconstrued for many years: it was seen as an insurgent move. That we were in the hills of Utah, developing independent films, coming over to take the industry. Never so. It was simply meant to add on– that the Hollywood industry was beginning to become more centralized in terms of the product it was making, which is fine. But they were going to spend less time on making the more humanistic kinds of films that they made in the 70s, when they controlled both. They were separating themselves out and just following the money, which is [in] the big blockbuster films.”

“And so you had ‘Superman’ and ‘Batman’ and all that, and that was fine. But I felt it shouldn’t be at the expense of more humanistic stories. So starting Sundance was just meant to add on something that was being lost. That’s all. And so as a result, I think what you have now, [is] both. Particularly with this film. This film really does combine reality and fantasy in an interesting way. I think you need both, to keep going. You need both. If you ever shrink yourself down too much, something will start to die.”

Redford was also asked about his experience with the original “Pete’s Dragon” movie, and whether that had any influence on his role in the new one. “I never read the book, never saw the other film. I didn’t know anything about it. My kids did, but I didn’t know a thing about it. So for me it was just a brand new story, and people were saying, ‘Oh, I see you’re doing ‘Pete’s Dragon.’ It was all fresh to me. There was no history for me.”

However, he definitely feels strongly that this movie is an important one. “We don’t make movies like this anymore. We really don’t. We’ve become so dark, and so realistic, and we’re reflecting the culture around us, which is getting more violent. Films like this are very rare, so I love being able to be in a film like this that brings something back that used to be [utilized] a lot more.”

And what message does he hope children will take out of this version of “Pete’s Dragon?” “The value of magic. Keeping magic alive. I think it’s important. What I loved about [the reality of the dragon in the movie] is that it’s up to speculation, for the audience to decide what they believed or what they didn’t believe.”

Decide for yourself when “Pete’s Dragon” opens nationwide on Friday, August 12th.