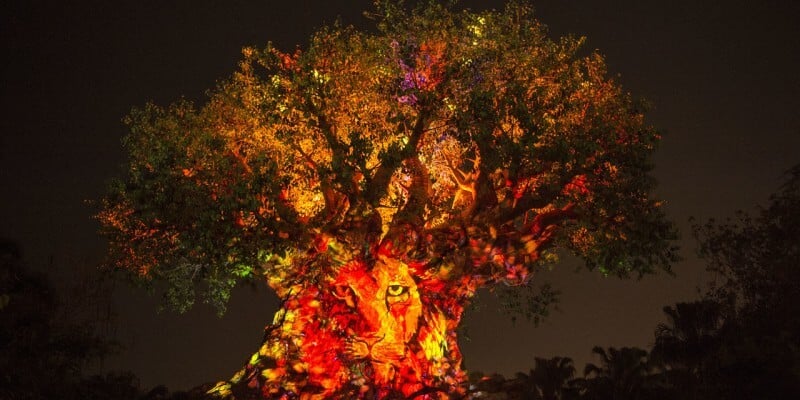 Though no official announcement has been made it’s quite clear to see if you look at the schedule on Walt Disney World’s website that Disney’s Animal Kingdom Park will shorten its evening hours starting this September. Beginning September 6th, Animal Kingdom’s operating hours will change drastically, going from a late evening closing time of 11 p.m. to 9 p.m.

In October the park will have a closing time of 7 p.m. and 6 p.m. for most of November and December. The week of Christmas and New Year’s will get a smidgen more generous closing time of 8 p.m.

It’s really anyone’s guess as to why Animal Kingdom is changing its hours when they just earlier this year debuted tons of offerings to keep guests in the park during the nighttime hours.

In an email sent to Orlando My Way, Disney spokesperson Andrea Finger confirmed that the nighttime offerings would still be continuing even though the evening hours are getting slashed.

Unfortunately the much-anticipated nighttime show ‘Rivers of Light’ seems to be no closer to a premiere date and unofficial sources has reported that the limited-engagement show ‘The Jungle Book: Alive with Magic’ will be closing September 5th, which leaves the park without a nighttime show for the foreseeable future.

Though Walt Disney World’s operating hours are always being adjusted it is hard to picture the park being able to offer guests much of a nighttime offering when closing as early as 6 p.m. Unfortunately it does seem that Animal Kingdom is regressing back to being a ‘half-day’ park, at least until Avatar land debuts next year.

Will you miss the later closing time of Animal Kingdom? Or did you still think it was just a ‘half-day’ park?