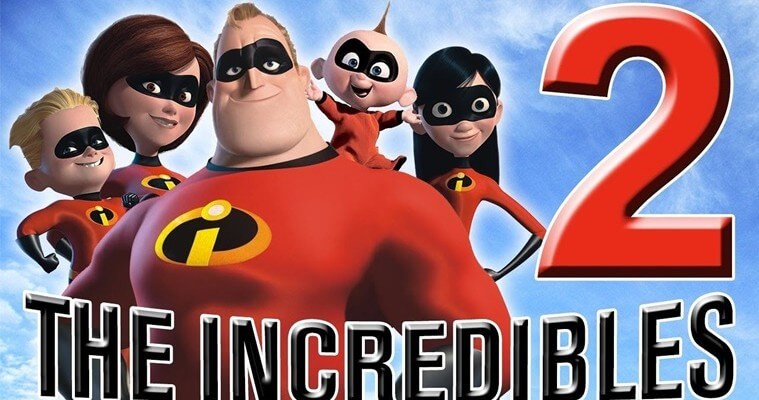 We’ve been waiting with bated breath over a decade to see the faces of the Incredible family. Unfortunately, the release of the sequel is still three years away. In the meantime, Brad Bird, writer and director of the original film, recently threw out a morsel to chew on while we continue to wait.

In a recent interview with Entertainment Weekly, Bird remained tight-lipped about the sequel’s plot or any character arcs. However, he did say that the film would be taken in a some new directions, and the truth is that might be necessary.

When the first Incredibles played to audiences, superhero franchises were few. Since then the lore of superheroes has exploded in the theaters. In addition to X-Men and Spiderman, we now have The Avengers, Justice League, Deadpool, Antman, Guardians of the Galaxy, and Batman v Superman. By the time that Incredibles 2 breaks, even more will have entered the superhero sphere like Shazam. The competition is stiff, and the Incredibles will have to bring their “A Game” if they expect to steal the screen like they did last time around.

Bird hopes that the film will carry the same feel as the first one but also bring something different to audiences. ““I mean, that’s the trick with a sequel,” Bird explains. “It’s repeating yourself, without repeating yourself.”

My guess is that this can be done without great difficulty. The Incredibles story is cemented in the idea of family, an institution that people worldwide can understand.  Parents and children of varied personalities that are still united by their drive to love and protect one another–it’s a theme that rings true for all races, genders, and generations. This is what people will relate to once again, and it is the thing that will keep the charm of the first film alive.

At the same time, families have a web of various storylines that constantly intertwine (as we all know). In fact, family is often the definition of evolving drama. It’s the perfect environment for a film to take a new direction organically without alienating its foundation. It seems likely that this is the trick Bird has up his sleeve to keep audiences invested in the franchise.

I’m particularly curious to see Jack-Jack’s role in the upcoming movie. The first film ended with Jack-Jack showing his potential to lay hold of countless super powers, endless possibilities of his future flashing before us as the final scene cut. We were left to wonder which of these talents would be chosen as he realized his own capabilities. And more importantly, we were left to wonder how the rest of his family would cope with the transition. It seems likely that the sequel will answer the question of how Jack-Jack blossoms. If it doesn’t, that will be an opportunity sadly missed. I suppose we will be left with endless possibilities of our own creation dancing about until July 21, 2019 when the film finally makes it way into cinemas.