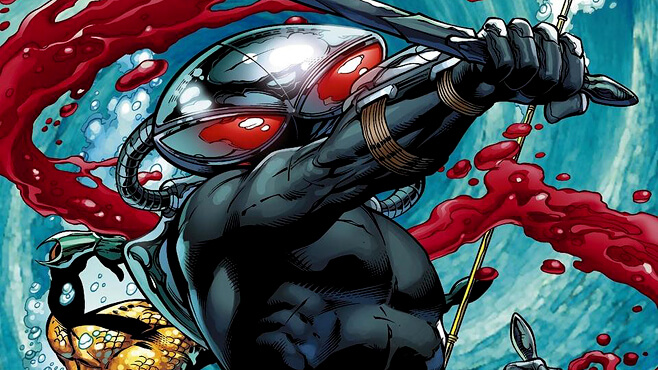 It’s just a Jason Momoa news kind of day, isn’t it? Earlier, we announced that the Justice League star will be taking the lead in the Crow remake, and now we’ve found out whose butt he’ll be kicking in the solo Aquaman movie.

That’s right: it turns out that Aquaman will be facing off with his arch nemesis Black Manta in his spinoff film. According to ComicBook.com, the most recent version, introduced as part of DC’s “New 52,” presents Black Manta as an assassin who holds a grudge for the death of his father against Aquaman. Aquaman did, in fact, accidentally murder Black Manta’s father while seeking retribution for a murder that Manta committed. Typical ocean drama, am I right?

Here’s what the baddie looks like in the comics:

The film is being written by Will Beal (Gangster Squad), and will be directed by James Wan (Furious 7, The Conjuring) for a 2018 release window. For all things fun and awesome, stick with Inside the Magic!

Comments Off on Jason Momoa to face off against Black Manta in DC’s ‘Aquaman’ solo film!