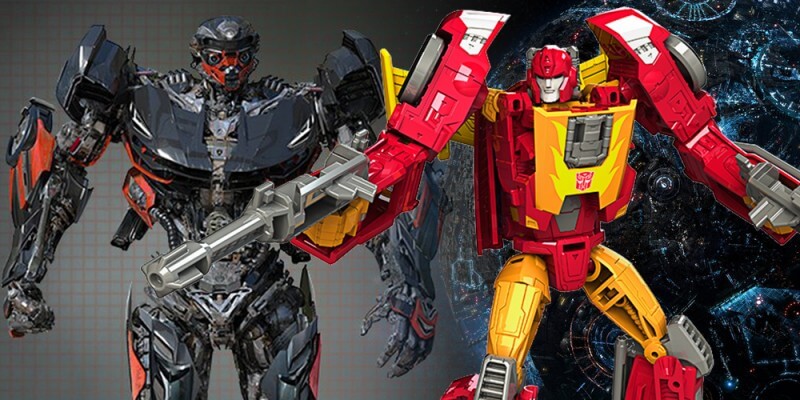 Transformers fans, get ready to welcome an old favorite to the Michael Bay-verse! It was officially confirmed via their official Twitter account that Hot Rod will officially be coming to Transformers: The Last Knight when it hits theaters on June 23, 2017! The style of the character certainly differs from his classic design, trading bright yellows/oranges for black (because modern day doesn’t have colors apparently), and pretty much replacing his expressive face for a sort of gas mask-looking plating. Hot Rod is listed as “Bumblebee’s brother-in-arms, and his personality is described as “brash, slightly arrogant, protector.” So it looks like he’ll be bringing plenty of character to the Autobot ensemble and I can’t wait to see him in action! With the return of Megatron imminent, it looks like we have the makings of a truly epic “final” battle!